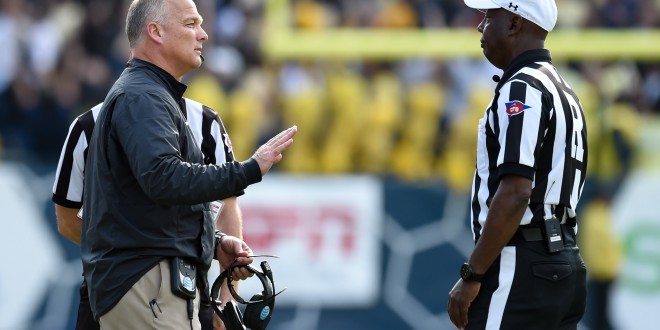 Mark Richt Has Miami Headed in the Right Direction

The Miami Hurricanes are holding their annual pro day today at the Greentree practice fields. 13 Miami alums will participate and over 150 NFL personnel members are expected to attend. Coaches, players, and fans all anxiously await to see how Miami looks for this upcoming season.

After hitting rock bottom in a cringe worthy 58-0 loss to Clemson, the Miami Hurricanes knew they had to make a change in order to get the program back on track after finishing with a 6-7 record in 2014.

Head Coach Al Golden was fired immediately after that loss and former Georgia head man Mark Richt was hired after 9 10-win seasons with the Bulldogs. Fans and players seem to think this is a good start to taking steps in the right direction.

Richt is aggressively working on adding great players to the roster such as wide receiver, Ahmmon Richards, another top wideout, Sam Bruce, and defensive tackle Jonathan Ford, to name just a few. Richt had a narrow window to do big things and the commitments continue with five since the beginning of March. He says he believes he has a great group of guys to work with as he figures out who will be best for each position.

Richt has added a lot of positivity to the program and fans are excited to, hopefully, head down a road that leads back to a national championship. He is said to have a pro-style offense and history has proven his success with quarterbacks.

Richt says he is focusing on the team as a unit and is working to instill leadership and confidence back in the offense and defense.