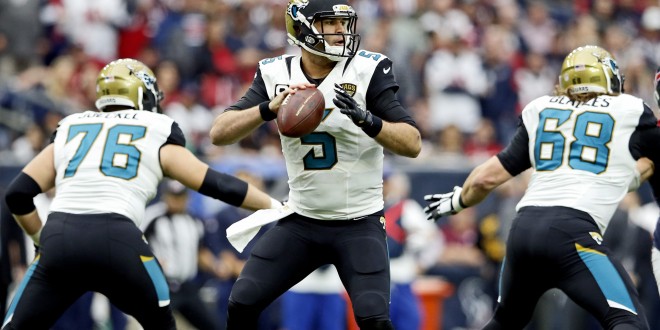 From fans, to analysts, to sports writers, and more, everyone has their opinion on who is going where come Thursday’s NFL draft.  With mock drafts swarming the internet and thousands of opinions and thoughts floating around, it’s hard to really know what’s going to happen.

What we do know, however, is Gus Bradley and the Jacksonville Jaguars will get the fifth selection in the 2016 NFL draft. Based on the Jags defense last year, there’s a lot of talk that Bradley and his team will go with a defensive player to begin their draft. Last season (2015) the Jaguars came in last in total tackles made and second to last based on all other categories of defense.

Many professional sports writers and analysts think Bradley and the Jags should pick up some talent on defense in their first two to three picks. Pete Prisco, Senior sports writer for cbssports.com says he thinks the Jags will grab at least two defensive players in the first and second selection. Prisco is not the only one who thinks Jacksonville will go “defense” in the draft, Vinnie Iyer for sportingnews.com shares his thoughts on who the Jags should pick first.

It’s hard to pass a Mock Draft without seeing the names of UCLA’s former Linebacker Myles Jack, Florida State’s former Free Safety Jalen Ramsey, or Oregon’s former Defensive End DeForest Buckner. All three would bring something different and much needed to the Jacksonville defense. There are some concerns over Myles Jack, however, due to a knee injury that ended his season last year. Although, Jack did earn a reputation as one of the most effective defenders in college football, as well as a contributor on offense.

Teams drafting in the teens are having internal debates about taking #UCLA LB Myles Jack. Here's why: https://t.co/xRayiJZ4dW

As far as Jalen Ramsey goes—he’s as versatile as they come. He played cornerback and safety at Florida State. Ramsey can line up in the slot and play all types of coverages including press man and multiple zone concepts.

Last but not least in the main defensive talks for the Jags comes big man Buckner. The young man has the height, weight, and wing span to play on Sundays.  He can tackle, bat passes at the line, jump off one-on-one blocks, and still has speed to chase down tight ends, running backs, and wide receivers. Prisco says you can’t go wrong with any of those guys.