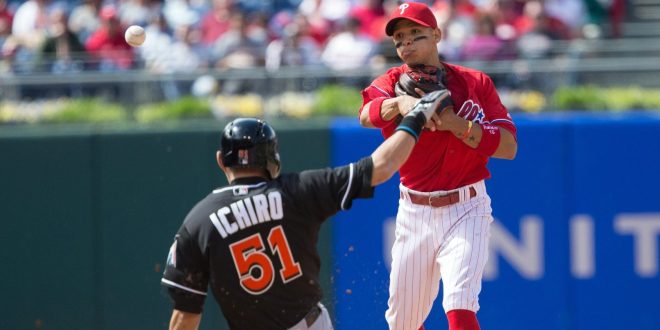 The Miami Marlins ended their three-game series yesterday against the Phillies losing 4-2 and losing the series 2-1.

The Marlins began strong taking an early 2-0 lead on RBI doubles from Christian Yelich and Marcell Ozuna. Things began to go down hill for the Marlins in the third when an error on a groundball to first baseman Justin Bour gave the Phillies hope. Marlins manager Don Mattingly said that he felt his team did not play with a sense of urgency that would produce a win.  The Marlins also struggled offensively as clean-up hitter Giancarlo Stanton did not provide any offense this series, striking out four times yesterday and going 0-10 in the series for a total of nine strikeouts.

Starting pitcher Tom Koehler also had trouble in the beginning unable to find the strike zone in the first three innings. Koehler finished the game giving up seven hits, three runs, and walking five over seven innings. Koehler said next time he has to start off stronger from the very beginning of the game.

The Marlins have a day to regroup before starting another three-game series at home against the Washington Nationals. The Nationals are currently tied for first with the Phillies in the NL East with an overall record of 24-16. 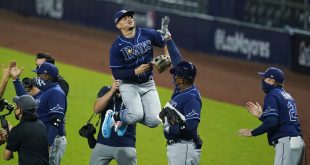 The Tampa Bay Rays have pushed the New York Yankees to the brink of elimination. …