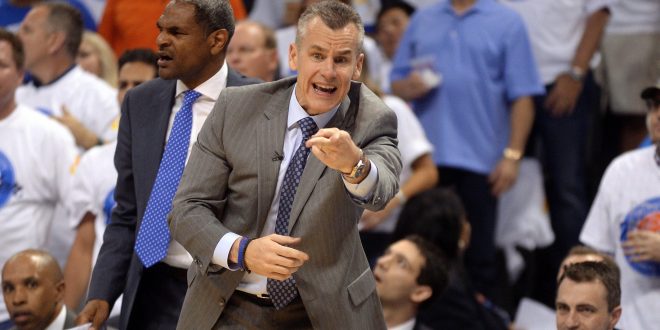 The Golden State Warriors are back at home tonight as they face an energized Oklahoma City Thunder team for Game 5 of the NBA’s Western Conference Finals. The Warriors will play to extend their playoff run after losing Game 4 on Tuesday night, 118-94. The Warriors have taken a turn for the worse as they have lost their last two meetings by a combined 52 points and face elimination tonight.

Under rookie head coach Billy Donovan, the Thunder have found their way, taking a 3-1 series lead over the Warriors. OKC point guard Russell Westbrook has played a large role in the Thunder’s success this series. Westbrook scored 30 points, grabbed eight rebounds, and dished out 12 assists in Game 3. While the Warriors have lacked consistency, Westbrook has been nothing but consistent. Putting up similar numbers in a Game 4 blow out, Westbrook picked up his fifth career postseason triple-double, scoring 36 points, adding 11 rebounds, and 11 assists. Going into Game 5, Westbrook says that there is no pressure for the Thunder but that they just simply have to find a way to win.

All the pressure, on the other hand, is on the Warriors who look to simply stay alive. Warriors guard Stephen Curry has struggled in the last two games, shooting 7 of-17 from the floor in Game 3 only to plummet in the next game shooting just 2 for 10 while committing six turnovers. On the edge of elimination, Curry says that the series is not over and the team just has to figure out how to get back to their ways. Warriors center and former University of Florida basketball player, Marreese Speights, also believes winning the series is still in sight after tweeting his thoughts after Game 4.

If the Warriors should win they will go back to Oklahoma in an attempt to tie the series at three games apiece and give them a little more hope in returning to the finals. The last time the Thunder were in the NBA finals was in 2012 against a Miami Heat team lead by Lebron James. If the Thunder close the series tonight they will get a chance to rest before possibly taking on Lebron and the Cavaliers or the Toronto Raptors. 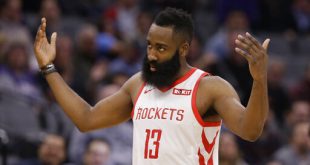