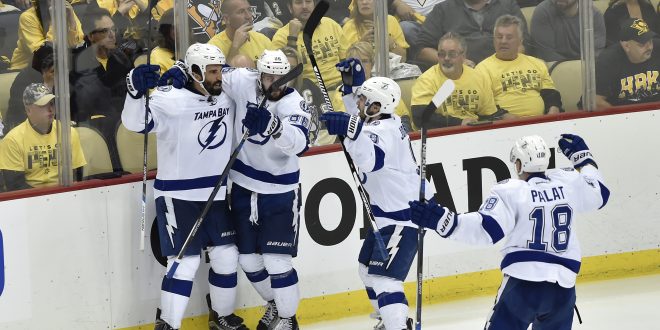 The Tampa Bay Lightning must be feeling déjà vu today. If you are cheering for the Lightning to win, that’s a very good thing.

On May 29, 2016 in Madison Square Garden, Tampa Bay knocked off the New York Rangers 2-0 in Game 7. The win gave Tampa Bay a berth in the Stanley Cup Finals against the Chicago Blackhawks. Last year’s Finals was the first appearance since the Lightning won the Stanley Cup in 2004.

Now it’s Game 7 in the Eastern Conference Finals again; and the game will be away, again. What are the Lightning taking away from last year? According to head coach Jon Cooper, they won. A simple analysis, but this series has been as close as any seven game series can be imagined. Each team has taken turns having the series lead and have tied it up at every opportunity.

If you ask Cooper what’s going to be the X-factor tonight, he’ll say it’s the defense. A sound stratagem for a game that’ll decide who will play the San Jose Sharks for the Stanley Cup. The players seem to have a far more simple approach. Center Brian Boyle thinks the team has to be a lot better. The Lightning have allowed Pittsburgh to score first in four of six games in the series. Each of those early leads has been by two goals or more. Playing the role of the comeback kids won’t be the best strategy in a Game 7 that’s on the Penguin’s ice.

But for a team that’s facing an all-or-nothing game against Sidney Crosby’s team in Pittsburgh, Lightning fans shouldn’t worry too much. After all, they pulled off the win last year.

Catch all the action tonight on ESPN Gainesville|95.3 FM starting at 7:30 p.m.