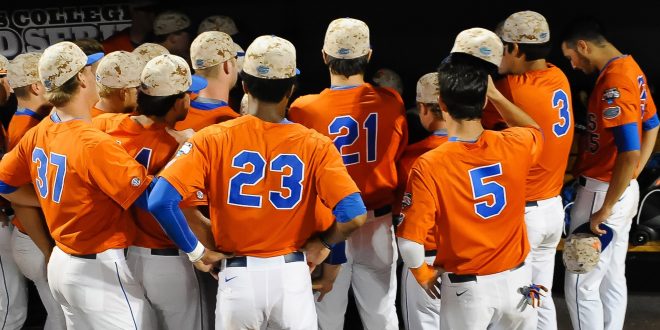 The night before Florida’s baseball game against Alabama the Gators played a game that lasted over five hours against LSU and it didn’t finish until 1:48 AM; it happened to be the longest game in SEC Tournament history. That being said, the Gators had less than 11 hours to recuperate for this Alabama match up after their loss 5-3 against the Tigers.

Freshman Danny Reyes came through with an RBI double in the eighth inning that scored Mike Rivera with the eventual game winning run as Florida beat Alabama 5-4 at the SEC Tournament Thursday afternoon. This was only the third start of the year for Reyes who hit two doubles in the game.  Reyes says he was glad he could do what was possible for the team.

Miss today's game? Danny Reyes had the game-winning RBI double in the 8th and #Gators advance to Friday. pic.twitter.com/vDnp93Eu0i

In the first inning the Gators got on the board; after three walks in the inning Buddy Reed scored on Jonathan India’s RBI grounder which led to a 1-0 lead.

In the second Alabama scored three runs on four hits; the Crimson Tide got back to back doubles from Daniel Cucjen and Hunter Webb, but freshman Brady Singer who made his first career start on the mound for the Gators, limited the damage to three runs.

In the third the Gators took the lead.  Back to back walks were issued to Reed and Dalton Guthrie. After that JJ Schwarz and India contributed RBI singles to tie game at 3. Rivera singled to load the bases for Deacon Liput who gave the Orange and Blue a 4-3 lead with an RBI grounder.

Singer, replacing Logan Shore on the mound as the starter because of stomach issues, did a nice job after allowing the three runs in the second inning.  But in the seventh inning, he walked a batter and hit one and he was replaced by lefty Kirby Snead who gave up an RBI single by Connor Short to tie the game at 4-4.   But the Gators would score that run in the eighth inning and reliever Nick Horvath got the win with 1.1 innings of relief and Shaun Anderson pitched a scoreless ninth to notch his 11th save of the season. 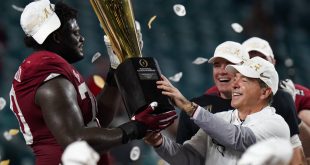