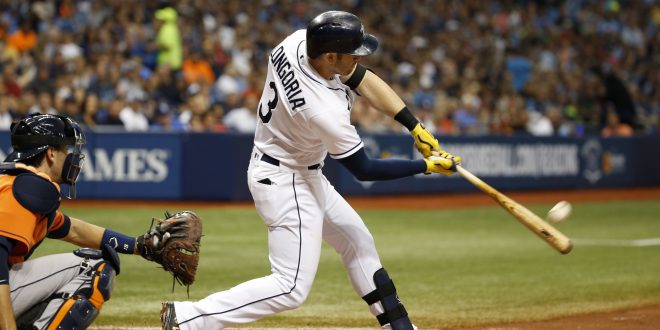 The Tampa Bay Rays and the Miami Marlins are both at home this weekend for their respective series. The Rays will open up their three-game weekend series with the San Francisco Giants and the Marlins will host the Colorado Rockies for a four-game home stand also starting Friday night.

The Marlins return to their home ball park to begin a 10-game home stand after a nine-game road trip during which they won four games and lost five. Miami sits at 32-30 and stands third in the American League East, seven-and-a-half games back from the division leading Washington Nationals. Colorado enters the weekend at 32-33 and trail the San Francisco Giants by eight games in the National League West. The Rockies are one of the hottest teams in baseball right now winning eight of their last 10 games.

Meanwhile, Marlins star Giancarlo Stanton is still buried in a slump with just five RBIs and one home run in his last 20 games. The Marlins haven’t had much to cheer about lately, but that changed Thursday when Ichiro broke the record and passed Pete Rose for most professional hits with 4,257. The Marlins will look to gain some much needed momentum and take a much needed series from the red hot Rockies.

The Rays will welcome the Giants to Tropicana Field for a three-game series that will put a cap on the Rays nine-game home stand. The Rays are hot right now, winning nine of their last 11.. Tampa is sitting at 31-33 and trying desperately to reach the .500 mark, but injuries continue to hold them back. Outfielder Steven Souza Jr. is expected to miss two weeks with a sore hip. Third baseman Evan Longoria, who is one of the hottest hitters in the league right now batting .371 with eight home runs and 20 RBIs in the past 15 games, continues to battle and injured forearm. While Longoria hopes to return sometime during this series, key players absences have given opportunities to others like Steve Pearce, who is batting .346 this season or Taylor Motter who went 3-for-4 on Thursday.

The Giants have done well this season with a record of 41-26 but, as of late, their pitching staff has been dinged up. Starters Jake Peavy and Matt Cain are both injured and likely won’t make their starts this weekend. This would provide an excellent opportunity for the Rays to take advantage of a Giants team that isn’t at full strength. If the Rays sweep this series it would put them over the .500 mark and solidify them as one of the hottest teams in baseball. Rays manager Kevin Cash says winning series is the most important thing to them right now and there’s no doubt they’ll try to continue doing that this weekend.