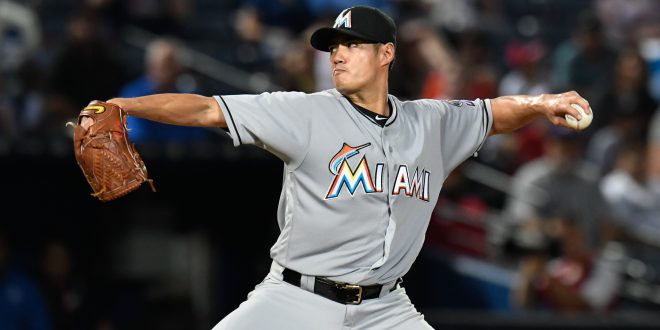 The Miami Marlins have had a solid season as they currently sit third in the NL Wild Card race only a half game back of the New York Mets, but there seems to be one team the Marlins cant figure out. That team would be the worst in the National League and worst home team in the majors this season—the Atlanta Braves.

Atlanta took down Miami last night 8-5 giving the Marlins a 2-7 record against the Braves this season. Miami jumped out to an early 3-0 lead in the second inning after Justin Bour hit his 15th home run of the season. After weather delayed the game for an hour in the third inning, the Braves cut the lead down to one on an RBI triple from Freddie Freeman, then an RBI single from Nick Markakis.

Miami eventually surrendered the lead in the sixth after the Braves tacked on four runs for a 6-3 lead. Miami starter Wei-Yin Chen was credited with the loss after giving up four runs in 5 1/3 innings. Chen has struggled over his last five starts with an ERA of 7.27 in that span.

This makes it three straight losses for the Marlins after they were swept in a short series against the Tigers. Over the last three games, Miami has given up 25 runs while only scoring 13. Miami has a chance to break that streak tonight in Game 2 of this series. They’ll send Justin Nicolino (2-4, 5.17 ERA) to the mound to face Atlanta’s ace Julio Teheran (3-7, 2.46 ERA). First pitch is at 7:35 p.m.

Miami has had a rough stretch but the Tampa Bay Rays have had a rough couple weeks. After blowing a five-run lead in the ninth inning last night, the Rays moved to 2-13 in their last fifteen games and fell to 33-45 on the season.

Tampa Bay was in good shape against the Tigers heading to the top of the ninth last night with a 7-2 lead before surrendering eight runs to visiting Detroit. Cameron Maybin led the Tigers with four RBI’s including the eventual game winner in the ninth.

The Rays will look to bounce back from an upsetting loss as they send Drew Smyly (2-8, 5.32 ERA) to the mound to face his former team.

Continuing our 4-game series vs. the @tigers Friday at 7:10, @SmylyD taking the ball vs. his former club. #RaysUp pic.twitter.com/zMwfM0dEku

Im a senior at the University of Florida currently pursuing a degree in Telecommunications. I work for ESPN Gainesville 95.3 and anchor the Monday sports broadcast for WUFT First At Five. Im from New York and an avid sports fan of all New York teams.
Previous Football Recruiting at Full Swing in Gainesville
Next Coke Zero 400 kicks off in Daytona