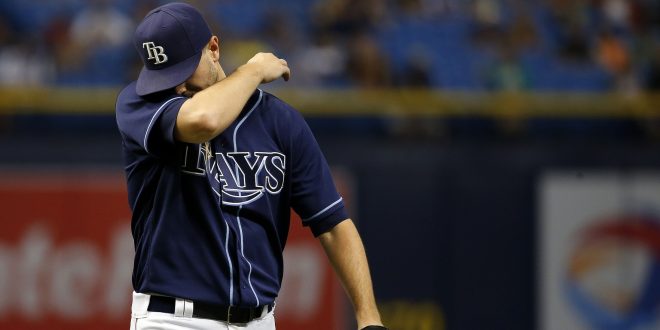 Rays starting pitcher Jake Odorizzi did not have a good outing, giving up nine hits and seven earned runs in 5 and 1/3 innings. Odorizzi says the Rays’ starters need to be more consistent.

.@RaysBaseball righty Jake Odorizzi says his starts seem to get derailed by one hiccup recently.https://t.co/a3VEXtTsBP

Although the first eight innings were rough, the Rays had a brief lead in the bottom of the fifth and were down just 7-5 entering the ninth. However, Rays reliever Enny Romero faced three batters and allowed all three to score on C.J. Cron’s three-run home run. Dana Eveland replaced Romero and gave up three more runs on four hits.

Rays manager Kevin Cash says they could not sustain things after the Angles got the lead.

The teams combined, had over 30 hits on Tuesday night and Wednesday’s game is expected to be another high scoring one. Both starting pitchers have earned E.R.A.’s over five as the Angels start right-hander Jered Weaver who is 6-7 with a 5.51 ERA, while the Rays counter with left-hander Drew Smyly who is 2-9 with a 5.53 ERA.

Wednesday’s game is set for 7:10 p.m. at Tropicana Field in St. Petersburg, Florida.