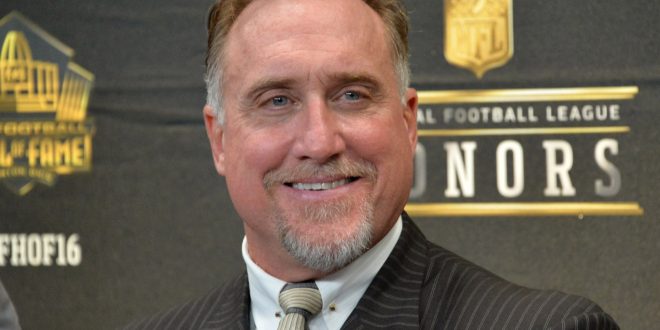 Kevin Greene, the former NFL linebacker who played in the league for 15 years, joined Steve Russell on Sportscene earlier this summer to talk about his upcoming induction into the Pro Football Hall of Fame.

Greene waited for years to be chosen for induction, despite ranking third all-time in the NFL in sacks (160) and being a five-time Pro Bowler. He said he had been questioning the process because players were being chosen for the hall before him that did not his career length or statistical production.

When he was finally chosen for the HOF back in February in San Francisco, he said it was “surreal” when he got the knock on the door from Hall of Fame President David Baker.

Greene played college football at Auburn where he was a walk-on. During his fifth-year senior year in 1984, he led the SEC with 11 sacks. Those 11 sacks were a school record for more than 20 years until defensive lineman Nick Fairley broke it with 11.5 sacks in 2010.

Overall, he was selected for the NFL’s All-Decade Team of the 1990s and had 10 seasons with double-digit sacks, including the final four seasons of his career.

Looking back on his career, Greene said it was a “blessing” to be able to hunt big-time quarterbacks like Dan Marino, Joe Montana and Troy Aikman.

Greene also coached outside linebackers for the Green Bay Packers from 2009 until 2014. The Packers won Super Bowl XLV in 2011.

Junior telecommunication student at the University of Florida. Passionate about all things related to sports.
@@EllenBazley
Previous Marlins and Rays Looking to Bounce Back After Getting Blanked
Next Rays And Marlins Still Struggling