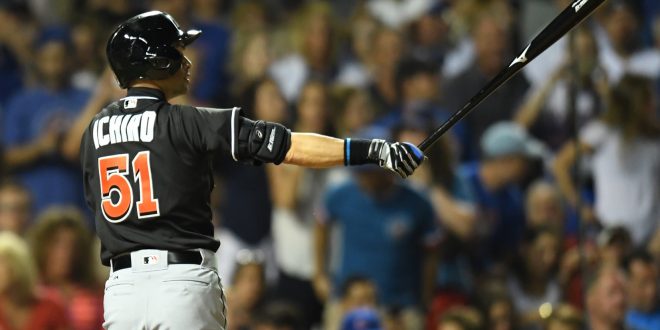 Marlins and Rays Looking to Bounce Back After Getting Blanked

Monday night was a rough one for the Marlins and Rays after both teams were shutout by the Cubs and the Royals.

It was an especially tough night for Rays fans in attendance at Tropicana Field. Royals pitcher Danny Duffy had a career outing as he threw eight innings of one-hit ball. Duffy also finished with a Kansas City Royals franchise record 16 strikeouts. Duffy was on the brink of pitching the Royals’ first no-hitter in almost 25 years before giving up a leadoff double to left fielder Desmond Jennings in the eighth inning.

Matt Andriese will start on the mound tonight for the Rays. Andriese went 5-1 with a 2.92 ERA earlier in the year before being added to the bullpen. Manager Kevin Cash said that Andriese is back in the rotation on a full-time basis following Matt Moore being traded to the Giants.

The Rays will be facing right-hander Yordano Ventura. Ventura is currently 6-9 with a 4.88 ERA. The Rays will look to take advantage of inconsistent pitching from Ventura—who went 0-4 in July with a 4.55 ERA—and put last night’s hitting performance behind them.

You can catch live coverage of the Rays-Royals game on ESPN Gainesville 95.3 FM tonight beginning at 6:30 p.m.

The Marlins will look to bounce back last night after a 5-0 loss to the Cubs. The NL East contenders,currently 4 1/2 games behind the Nationals,will look to get their bats rolling as they face Jason Hammel. Hammel is currently 10-5 on the season with a 3.23 ERA.

Jose Fernandez will be on the mound for the Marlins. The former Rookie of the Year is 12-5 on the season with a 2.79 ERA. Fernandez is having a phenomenal comeback season following Tommy John surgery last year. His 2.79 ERA ranks third in the National League and his 184 strikeouts are second.

Ichiro Suzuki is still waiting to make history as well. The 42-year-old is two hits away from the 3000 hit mark. Suzuki is looking to become the 30th player added to the 3,000 hit club.

The Marlins will look to maintain their playoff hopes, with the first pitch between the Marlins and Cubs tonight set for 7:30 p.m.