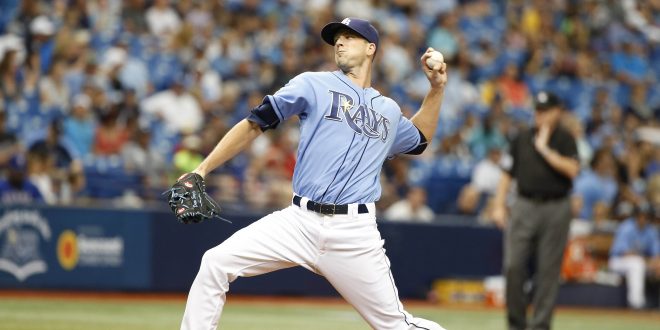 The Tampa Bay Rays (54-72) travel to Houston to face the Astros (66-61). The Rays are looking to extend their winning streak to three games after they split their series with the Boston Red Sox 2-2.

Left-handed pitcher Drew Smyly, who will take the mound for the Rays, will look to continue his recent success. Smyly has gone 4-0 in his last six starts, maintaining a 2.79 ERA over that stretch.

.@SmylyD remains unbeaten in his last 6 starts (4-0), his longest winning streak of the season. #RaysUphttps://t.co/gDFNDnWjxG

Smyly, however, has struggled against the Astros in the past, going 1-2 with an ERA of 6.10 in four appearances.

The Astros are red hot as of late winning five of their last six, in series against the Pittsburgh Pirates and Baltimore Orioles. The Astros are four games back of the Orioles, who hold the second American League wildcard spot

Further down south, the Miami Marlins (66-61) will host the San Diego Padres (53-74). The Marlins are in the hunt for a National League wildcard spot as they currently are 1.5 games behind the St. Louis Cardinals.

The game marks the return of former Marlins right-handed pitcher Jarred Cosart, who was traded to the Padres on July 31. Cosart has had an 0-1 record this season posting a 4.54 ERA.

Tonight’s match up will be newly acquired outfielder Jeff Francoeur’s first start in a Marlins uniform. Francoeur, who was traded to the Marlins from the Atlanta Braves, went 1-1 in his debut on Wednesday against the Los Angeles Dodgers with an infield single.

Francoeur expressed his excitement to play for the team and his respect for his new teammates.