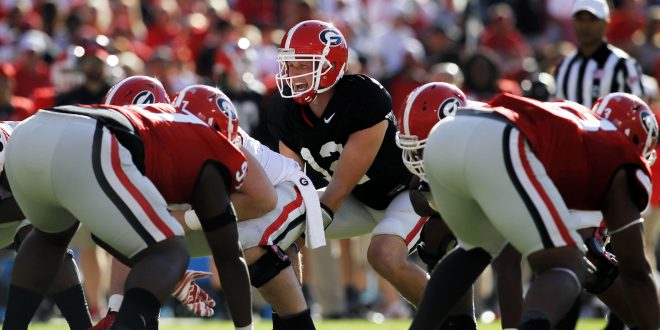 Former Bulldog defensive back and newly-appointed head coach Kirby Smart will look to pick up where Richt left off, hoping to bring Georgia back into national title contention after an injury-riddled 2015 campaign. Smart took over in December, following an eight year stint as Alabama’s defensive coordinator. Ranked No. 18 in the AP preseason poll, Georgia will open up their season this Saturday against the visiting North Carolina Tar Heels. After last season’s 11-3 finish, including a perfect 8-0 conference record, the Tar Heels enter this matchup ranked No. 22 in the country.

According to Smart, UNC features a great coaching staff and their returning talent should make for a solid team in 2016. When it comes to his own players and coaching staff, he stresses the importance of preparation and, in turn, confidence.

One key preparation for Georgia this week: find a way to contain UNC quarterback Mitch Trubisky.

Entering his junior season with limited playing time under his belt, Trubisky has a lot to prove and he’s hungry to perform at a high level. After all, Trubisky completed a staggering 85 percent of his passes last season. His accuracy is obvious, throwing six touchdowns and no interceptions, but he only attempted 47 passes while finishing with 555 yards. Kirby Smart says Trubisky can also hurt defenses with his legs, but it is yet to be seen how he will handle the pressure of starting each game and leading the Tar Heels.

As far as his own offensive unit, Smart has yet to name a starting quarterback, but he’s looking for a leader who makes smart decisions while protecting the football.

Georgia and North Carolina will kick off their seasons September 3 at 5:30 p.m. 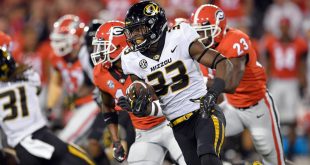 No.9 Georgia Bulldogs on the road taking on No. 25 Missouri Tigers

The Georgia Bulldogs are one the road to Columbia, Missouri hosted by the Missouri Tigers …