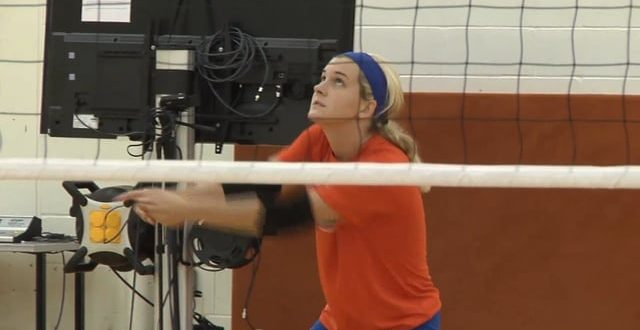 The No. 7 Gators are 6-1 overall and are hoping to add to their six-match win streak.  This will be Florida’s eighth game on the road before they finally return home this weekend.  Florida dominates on offense so far this season, ranking number one in the nation in hitting efficiency (.370) and it is number 17 in kills per set (14.26).  Standout redshirt sophomore Allie Monserez was named SEC Setter of the Week for the second time in the last two weeks this past week as well.

Florida’s only loss came in the season opener against defending national champion and top ranked Nebraska.  FSU is ranked 13th and the Seminoles will be the first ranked team the Gators will have played since the loss to the Cornhuskers.  Junior libero Caroline Knopp says the she is eager to play FSU, because the game will give the team insight into where they need improvement.

The Seminoles are also 6-1 this season.  They are running on a four match win streak and are 1-1 against ranked opponents.  Although they lost key positions last year, FSU brings back a team of mostly veterans.  Florida coach Mary Wise believes FSU’s depth and blocking ability will be one of the  greatest challenges her team faces all season.

First serve for the Fresh from Florida Sunshine Showdown is slated for 6 p.m. and will stream on ACC Network Extra.  Also catch all the action on the airwaves on ESPN Gainesville 95.3 FM.