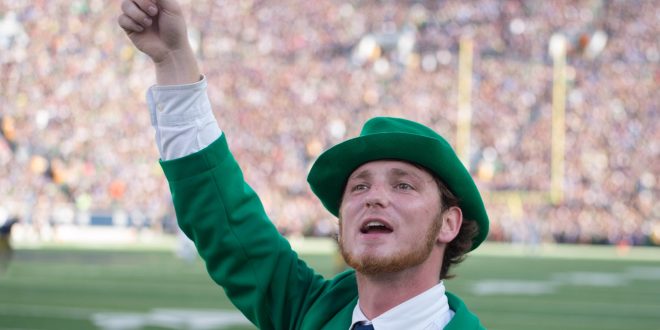 The Spartans look to take advantage of their Week 2 bye as they hope it gave them enough time to recover and strengthen themselves in preparation for the Irish.  MSU defeated the Furman Paladins 28-13 in week 1.

Unlike the Spartans, Notre Dame has already seen two solid teams this season.  The Irish lost a tough game in double OT to Texas in Week 1 and followed that up with a win against Nevada last Saturday.

Michigan State received some good news last week after the NCAA cleared linebacker Ed Davis for a sixth year of eligibility.  The 6’2″ Detroit native sat out all of the 2015 season with an ACL injury. While the Spartans come into this game with a talented group of linebackers, they could lack the depth in pass rushers who could bring down a strong QB like the Irish’s DeShone Kizer.  Davis is MSU’s go-to guy for pass-rushing, and although he is not playing to his full ability, he could be a major factor for Michigan State.

The quarterback position is a strength for the Spartans as well.  Tyler O’Connor led his team to a road win against the then-defending-champions Ohio State in 2015.  The kid has proven he can throw a ball, and that he can do so under pressure.  Of course, he has had the help of his team behind him but this weekend he will have to step up and decide whether he is a superstar for the Spartans, or whether he is a just another quarterback who completes a pass when it is convenient for him.  On Saturday, he will need to prove he can make some big throws against a powerhouse team like Notre Dame.

Notre Dame has not had a lot of that Irish Luck as of late, especially when it came to injuries last season.  A year later, injuries are still prevalent.  The Irish will be without several key defensive starters, including cornerback Shaun Crawford who tore his ACL against Nevada last week.  In addition to the promising sophomore, Nick Watkins, Devin Butler, and Max Redfield will all miss this week’s game.  Watkins, a junior cornerback, recently had surgery on a fractured left humerus. Butler, a senior cornerback, is currently suspended after his arrest in August.  Redfield, a safety, was dismissed last month after an arrest involving other Irish players.

With a defense that will be missing four key players, the Irish will have to put their trust in less-seasoned players if they hope to make a playoff bid this year.  They are left with a line up that features sophomore  Nick Coleman and senior Cole Luke with a group of freshman behind them.

It also appears as if the drama isn’t over yet for the Irish when it comes to the starting quarterback spot.  Head coach Brian Kelly has let the battle between DeShone Kizer and Malik Zaire continue to play out, with both Kizer and Zaire playing in the Irish’s opener at Texas.  Like others on the team, Zaire’s injuries got the best of him last season.  As of now, Kizer is the starter for Notre Dame but given Kelly’s indecisiveness there is no guarantee Kizer will make it the whole season as the clear-cut number one choice.

The Spartans and the Fighting Irish will meet Saturday for the first time since 2013, and for the 78th time in history.  Notre Dame leads the overall series 48-28-1, with the 1 tie coming after that aforementioned fateful game in 1966.