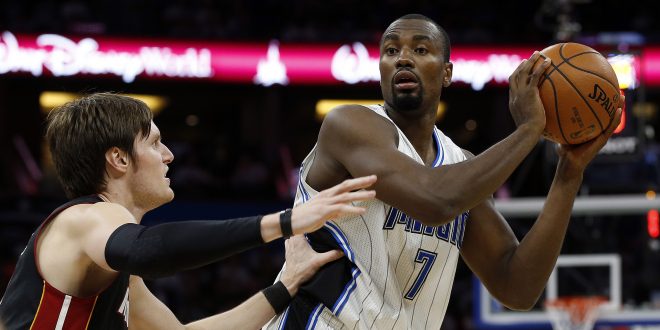 Magic Look For First Win of the Season against the Pistons

The Orlando Magic will go for their first win of the season and of the Frank Vogel era tonight when they travel to Detroit to take on the Pistons.

Both teams are 0-1 after dropping their season openers by double digits. The Magic opened up at home against the Miami Heat on Wednesday, falling to their in-state rival 108-96. Magic head coach Frank Vogel, however, said he’s not dwelling too much on the loss. Big man Nikola Vucevic echoed Vogel’s sentiment, saying that they’re just moving on to the next game.

Part of the reasoning for a lack of concern might have to do with the new faces in Orlando this season. Vogel himself is in his first season with the Magic after being fired by the Pacers after last season. Serge Ibaka is in the same boat, after being traded to Orlando from Oklahoma City for Victor Oladipo.  Ibaka had 14 points, seven rebounds and a block in 36 minutes of action in his Magic debut. The belief is that time to adjust to the team and Vogel’s system will be beneficial towards Ibaka putting up bigger numbers.

Ibaka’s fellow big man Bismack Biyombo will make his Magic debut tonight in Detroit after sitting out the opener. Biyombo missed the first game after an accumulation of flagrant fouls during last season’s playoffs while with the Toronto Raptors. He signed with Orlando during the offseason, agreeing to a $68 million contract over four years.

Biyombo, a rim-protector who brings a rebounding and shot-blocking presence in the low post, said that he took the first game as a learning experience and an opportunity to sit back and watch the team.

His availability will be crucial for a team that got dominated down low against Miami. The Magic got outscored in the paint 74-36 and were out-rebounded by 12, despite Vucevic’s 17 point, 14 rebound double-double. Any improvement in that area will bode well for Orlando, who also struggled shooting. The Magic hit just 38% of their shots against the Heat.

The Return of Van Gundy, Harris 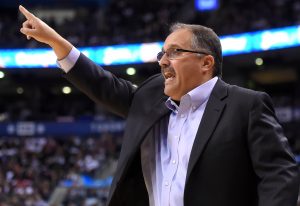 On the other side, former Magic head coach Stan Van Gundy will look to lead Detroit to their first win of the season after losing 109-91 to the Raptors. The Pistons struggled on both ends of the floor, as they’re trying to adjust to the void of Reggie Jackson for the first part of the season. Jackson went down with a knee injury in the preseason.

Former Magic forward Tobias Harris turned in a solid performance for Detroit, putting up 22 points on 8 of 13 shooting and five rebounds. The rest of the team, however, lagged behind. Offensively, the Pistons shot just 4 for 22 from behind the three-point line. Defensively, they gave up 54 points in the paint, and allowed DeMar DeRozan and Jonas Valanciunas to have record-setting nights. DeRozan put up 40 points while Valanciunas had 32, becoming the first pair of NBA teammates to have 40- and 30-point games in a season opener, according to Elias Sports Bureau.

In essence, the Pistons faced many of the same issues the Magic did on opening night. Andre Drummond also only played 24 minutes because of early foul trouble. More minutes from him should also help them on defense. In the same token, another start for Ish Smith in the starting point guard role should improve the offensive flow.

The last six times these teams have met, Detroit has won, including all three matchups last season. The Pistons scored at least 107 points and won by at least 10 in all three of last season’s meetings.