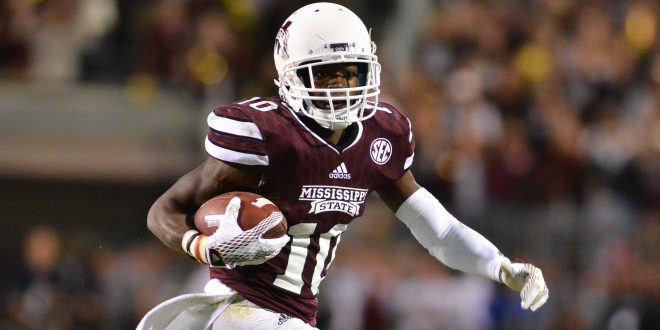 A Mississippi State vs. Samford matchup means one thing for certain: the Bulldogs will win.  However, which Bulldog squad comes out victorious may not be as certain.

Mississippi State (2-5) will host Samford (6-1) in Week 10.  The Battle of the Bulldogs in Starkville this weekend is not a guaranteed win for Dan Mullen and Mississippi State, who have struggled the past two seasons.

What to know about Mississippi State

The Bulldogs will have a defensive advantage over Samford.  However, Mullen’s offense hasn’t been reliable enough to win the games they need.  Even without the solid offense, MSU still holds an advantage over Samford in special teams and coaching.  Mullen’s experience and past winning ways are also still an asset for the struggling team.

What to know about Samford

Samford, No. 19 in the FCS rankings, boasts only one loss this season.  It came against then-No.3 ranked (FCS) University of Tennessee, Chattanooga in Week 3.  The Bulldogs rank third in passing offense in the FCS, throwing for a solid 362.9 yards per game.  Although Samford has the offensive advantage in the game, they will be put to the test

Comparing FBS and FCS teams are like apples and oranges in some instances.  Even the lowest ranked SEC team is still likely to beat a high ranked FCS team.  They are two different beasts.

Mississippi State is below average in pass defense.  They allow 234.7 yards on average a game.  Samford QB Delvin Hodges threw for 375 yards in Week 9 against Western Carolina.  Hodges’ arm is a strength for the Samford offense, but the Bulldogs will need to fight the nerves when they head to Starkville.

The Bulldogs opened the season with a loss to South Alabama, 21-20. It seems that MSU’s confidence was rattled by that game, although they were able to bounce back with a win over South Carolina.

One of the youngsters is sophomore quarterback Nick Fitzgerald.  His mediocre play throughout the season hasn’t exactly helped the Bulldogs.  In Week 9 against Kentucky, Fitzpatrick threw for 81 yards in MSU’s 40-38 loss.  Fitzgerald managed to throw for a season-high 305 yards against UMass in Week 4, one of the team’s two wins so far this season.  In every other game this season, he has only thrown for more than 200 yards once.  Some of that can be blamed on inexperience, but the 6’5″ Georgia native is almost halfway through his college career and needs to start playing like a veteran rather than a rookie.  If MSU wants to be a top program again, they need an offense and a quarterback that gets the job done.

The youth movement in Starkville also extends to defense.  Leo Lewis, a redshirt freshman linebacker, went to Mississippi State as the no. 1 linebacker prospect for 2015.  Lewis sat out his first season with the Bulldogs, but has made an impact this season.  He currently ranks second on the team in tackles and his 43 tackles make him the leading freshman in that category in the SEC.

Redshirt sophomore safety Brandon Bryant is another player to watch for MSU.  He was Tim Tebow’s “Freak of the Week” during the 2015 season as a freshman.  Bryant is fast, physical, and a playmaker.  He is a huge force in the Bulldog’s lineup who forces plays with his speed and agility.  He is already one of the best players, if not the best on the team.  His true value as a player has been overlooked due to MSU’s poor record this season.

Mullen is impressed by both Lewis’ and Bryant’s leadership roles on the team as young players, as he discusses here.

Mississippi State was once an elite program gracing the AP Top 25 poll without fail.  Since 2015, the team has fallen from its pedestal and sits at the bottom of the SEC.  Mullen had chances to leave, and one of those chances came in 2014 when his team spent most of the season inside the top 15.  In terms of job offers now, it doesn’t look like Mullen will be leaving Starkville anytime soon. If his program wants to be good again, he will need to keep a positive attitude and hope his young players continue to step up and stand out.

When small, unranked programs play a major conference team, they have nothing to lose.  In this case, MSU has a lot to lose as expected, but they also have a lot to gain from the game.  If they can get another win and improve their record even sightly, that may give them the boost of confidence necessary to prepare for next season.

On the other hand, Samford has a lot to gain from this game as a well-ranked FCS team.  They have the tools to compete with Mississippi State, but they will need to bring their “A++ game” if they want to beat the other Bulldogs.

Samford brings an offense, but Mississippi State bring everything else.  The game could easily go either way.  Fans will not be surprised by a win or a loss from Mississippi State with the way they have played this season, as well as the way Samford passes the ball.  Come Saturday, all eyes will be on the Battle of the Bulldogs.