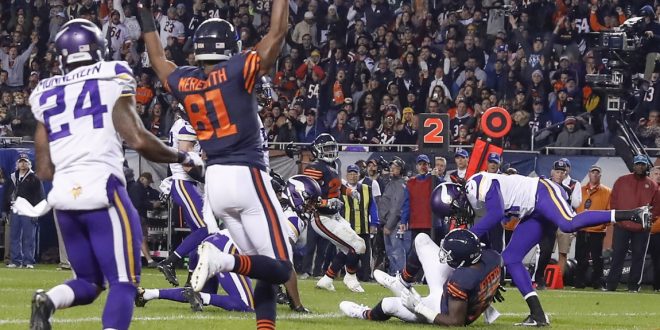 The Chicago Bears grabbed an upset victory at home Monday night over the Minnesota Vikings 20-10.  The formerly undefeated Vikings carried the longest stretch of wins in the 2016 NFL season, and now have lost two weeks in a row.  A team who once carried swagger is now dwindling and looking lost.  The Bears however now have their starting quarterback back to lead them to better heights this season.

The Bears and Jay Cutler 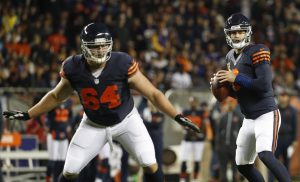 After missing five games with a thumb injury, Cutler’s game was not phased.  He completed 20-of-31 passes for 252 yards and a touchdown.  This game may have been an exciting upset for the 2-6 Bears, but to be realistic, they will be very lucky if Cutler will lead them to a .500 season in the next eight games.

Also on the radar was running back Jordan Howard who scored his first touchdown of the season. Howard accounted for a career-high 153 yards.

With only one sack, Cutler also brought a lot of attention to his offensive line after the game.  While missing RG Kyle Long and LG Josh Sitton to injuries, the O-line still got the job done.  Ted Larson took the RG position while Eric Kush went to LG.

"The offensive line fought tooth and nail," said Jay Cutler. "After the game, I felt like I didn’t play that much. I didn’t get hit a lot."

More importantly than his healed thumb, it sounds as if Cutler is really emerging as a team leader.  Receiver Alshon Jeffery expressed how a lot of the Bears’ success started with Cutler’s pregame speech in the locker room.

But the haters say that Jay Cutler is a bad teammate. pic.twitter.com/tANeDPQ4ZR 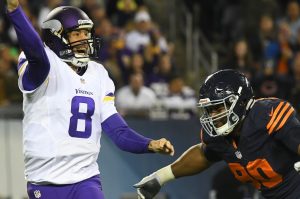 The Vikings’ dominant season may now be nothing but a memory.  Once the last undefeated team standing in the NFL is now on a two-game losing streak.  A team that was killing it one month ago has fallen to a team who only had one win on the season, a rusty quarterback and injured guards.

The defense is on a downfall.  In their first six games, Minnesota allowed the least amount of yards in the league, 279.5.  Against the Chicago Bears, they allowed 403 yards.

The offensive line on the other hand is looking messy and did not protect quarterback Sam Bradford. Head Coach Mike Zimmer said they did not make any plays and Chicago controlled the game.

The Bears have some time to recover banged up players. They will not be back in action until Nov. 13 against the Tampa Bay Buccaneers, which could be a winnable game with Cutler back.

The Vikings will be taking on the Detroit Lions at home on Sunday.  The Lions are .500 on the season and should not be a problem for the Vikings if they can recover from their recent downfall.