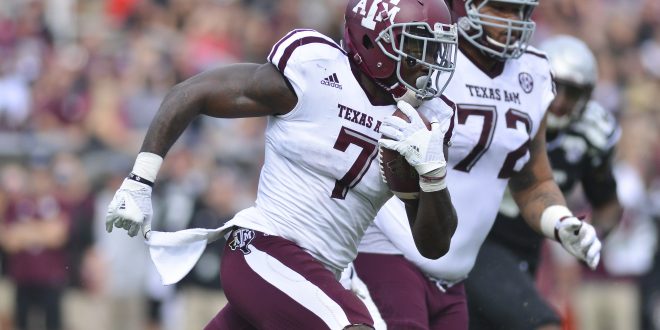 A year ago, the Ole Miss Rebels had their first 10-win season since 2003. A year later, it’s impossible for them to reach that win total.

This year, the Rebels carry a 4-5 record including a 1-4 mark in conference play. To make matters worse, quarterback Chad Kelly, who is the best quarterback in SEC history in terms of passing yards per game, is out for the rest of the season. Tight end Evan Engram has been a bright spot in a disappointing season as he leads the SEC with 775 receiving yards. However, with a new quarterback throwing him the ball, there is an uncertainty for how his production will hold up. Whether or not that new quarterback will be five-star recruit Shea Patterson is unclear, according to head coach Hugh Freeze.

The Texas A&M Aggies are enjoying a solid season. They are 7-2 and ranked eighth in the college football playoff poll. However, they are in the middle of a 1-2 slump since starting the season 6-0, including suffering a shocking upset at hands of the Mississippi State Bulldogs.

Just like Ole Miss, their starting quarterback, Trevor Knight, is out for the rest of the season. What he lacked in accuracy (he only completed 52.5% of his passes), he made up for in being an effective dual-threat quarterback (212 passing yards per game, 13 passing touchdowns, 65 rushing yards per game, 10 rushing touchdowns). His loss could prove to be huge for a team that at one point had playoff aspirations.

Defensively, the Aggies are giving up 21 points per game, which is not bad but also not great. Defensive end Myles Garrett, who is widely projected to be a top-three pick in the 2017 NFL Draft, leads the team with four sacks.

The game will begin this Saturday at 6:30 p.m. in College Station, Texas.

Previous Bruised Gators Ready to Spoil Muschamp’s Return to The Swamp
Next SEC Preview: Georgia Welcomes No. 8 Auburn to Athens