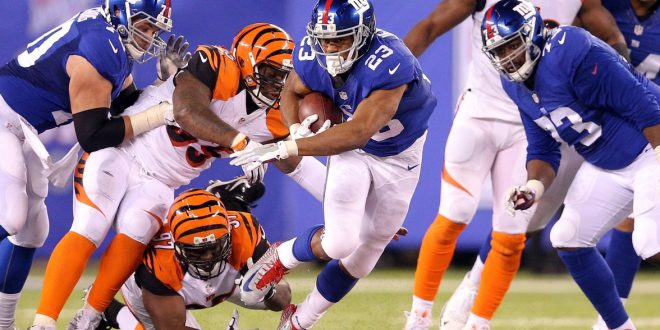 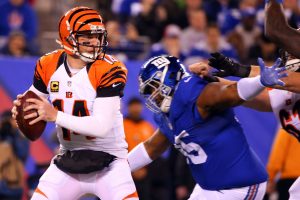 The New York Giants topped the Cincinnati Bengals 21-20 in prime time last night, making it four wins in a row for New York.

When you wake up and that Giants have won as many games this year as they did all of last year#GiantsPride pic.twitter.com/GMMyQjKyL5 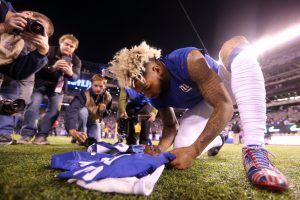 He totaled 97 yards for the game and one touchdown.

Beckham was drafted 12th in the first round of the 2014 draft after playing for the LSU Tigers. He has 31 career receiving touchdowns since entering the NFL, which just broke the tie against Antonio Brown for that time span.  Overall for his career, he averages 14.6 yards per reception.

Battle of the Not So Impressive QBs 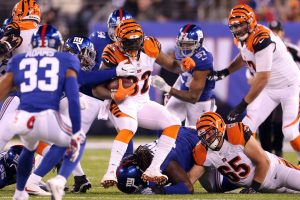 If the Giants’ defense plays the way they did on Monday, they definitely have a shot at keeping up with the 8-1 Dallas Cowboys.

The Bengals (3-5) were forced into eight third downs with at least nine yards to go, and four of them were at least 15 or longer.  Their first third-down conversion didn’t come until 13:50 in the fourth quarter.  They forced three sacks, something they really struggled with previously.

Previous In Dak We Trust; Cowboys To Stick With Prescott As Starter
Next Frank Vogel Falls to Former Team With Magic