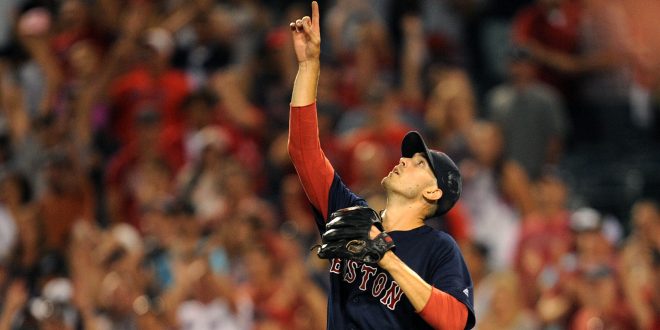 The 2016 Cy Young Award winners were announced last night, with Rick Porcello claiming the award for the American League and Max Scherzer taking it home for the National League. This is Porcello’s first Cy Young Award and Scherzer’s second in the last four years.

Porcello led the American League in wins, going 22-4 during the 2016 regular season for the Boston Red Sox, with a 3.15 ERA. Though Porcello only received eight first place votes for the Cy Young Award, he also received 18 second place votes, which put him ahead of former teammate Justin Verlander.

Porcello talked a little about beating Verlander, saying it was cool to win over someone he admired throughout his career. Though not everyone thought Porcello’s win over Verlander was “cool.” Verlander’s fiancee, Kate Upton, had a few things to say about Verlander’s loss on Twitter, saying Verlander had more first place votes (14) than Porcello received; he got eight. Upton also said Verlander lost because two Tampa writers left him off their ballots completely. But what’s done is done, and with Porcello’s season, it’s hard to say he doesn’t deserve it.

Porcello is only the fourth pitcher to win the Cy Young Award for the Red Sox, so it’s definitely a big deal for the 27-year-old pitcher. He said the best part of the experience was getting to share it with his family.

There wasn’t as much controversy on the National League side of things. Scherzer received 25 of the 30 first place votes. World Series champs Jon Lester and Kyle Hendricks finished behind Scherzer, but it wasn’t even close. Lester received one first place vote and Hendricks had two.

Though this is Scherzer’s second Cy Young Award, he said this one means even more.