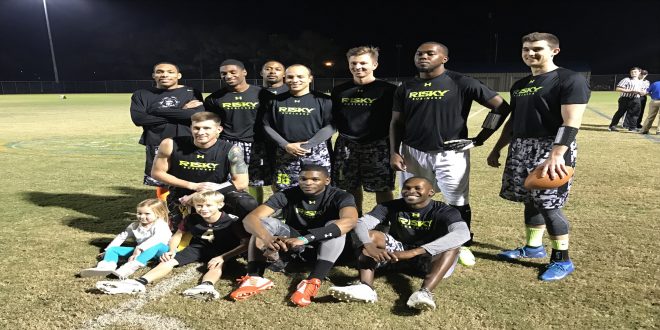 Risky Business came into the game as heavy favorites with an undefeated (7-0) record.  “Rife or Death” however took a 6-0 lead midway through the 2nd Quarter on a 3 yard touchdown pass.

On the next possession, “Risky Business” would answer with a score of their own, as James Di Virgilio connected with a wide open Keaton Lampkin in the corner of the end-zone to take a 7-6 lead into halftime.

Still a one-point game late in the 3rd Quarter, “Risky Business” got their second goal-line stand of the game to keep the game at 7-6.  (Full Highlights Below)

On the very next play, Keaton Lampkin broke loose on a short pass going 75 yards for his 2nd score of the game extending the “Risky Business” lead to 13-6.   “Risky Business” would add two more scores in the 4th Quarter to pull away with the 26-6 victory.       (Full Highlights Here)

The event is free and open to the public. 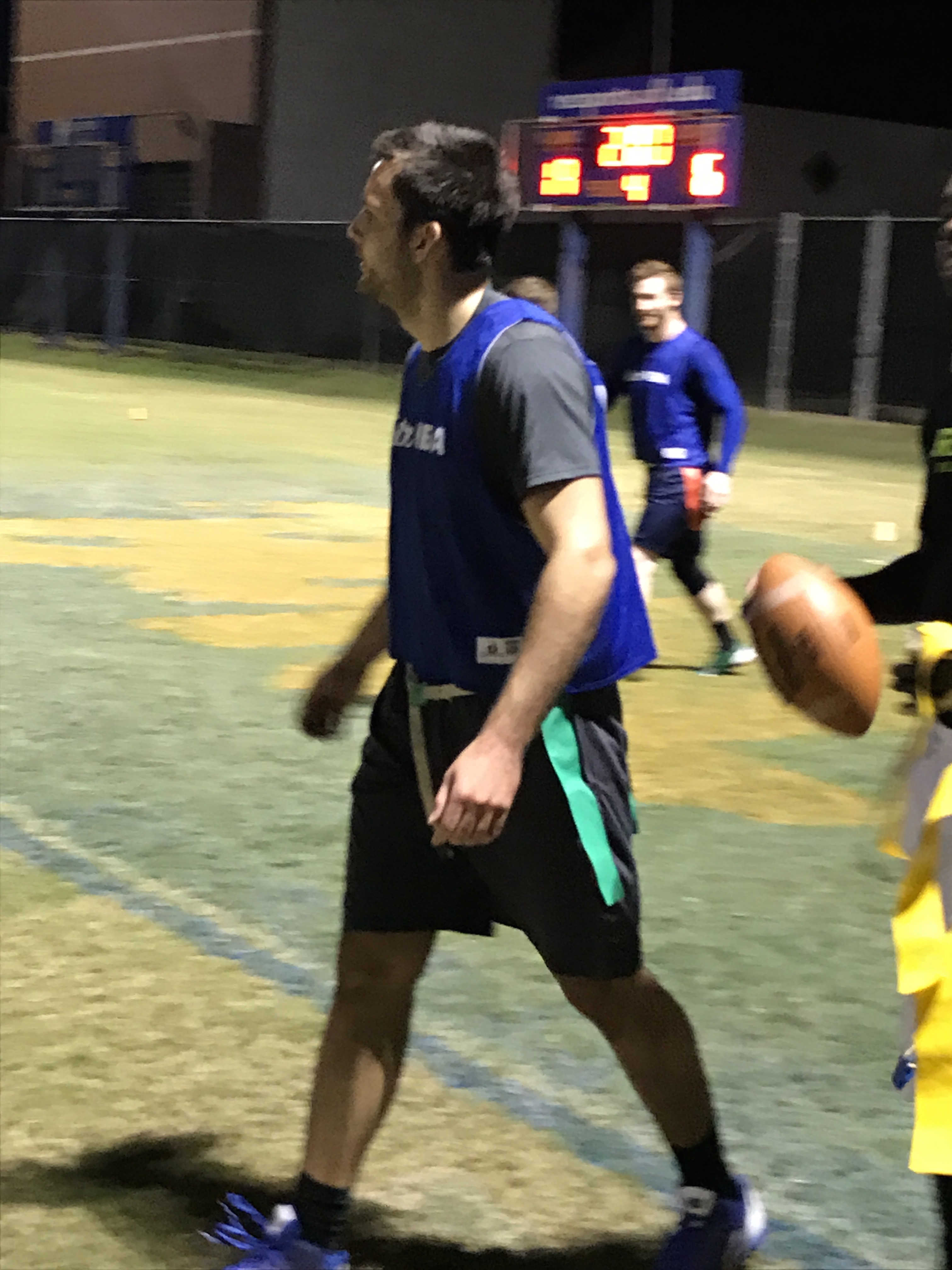 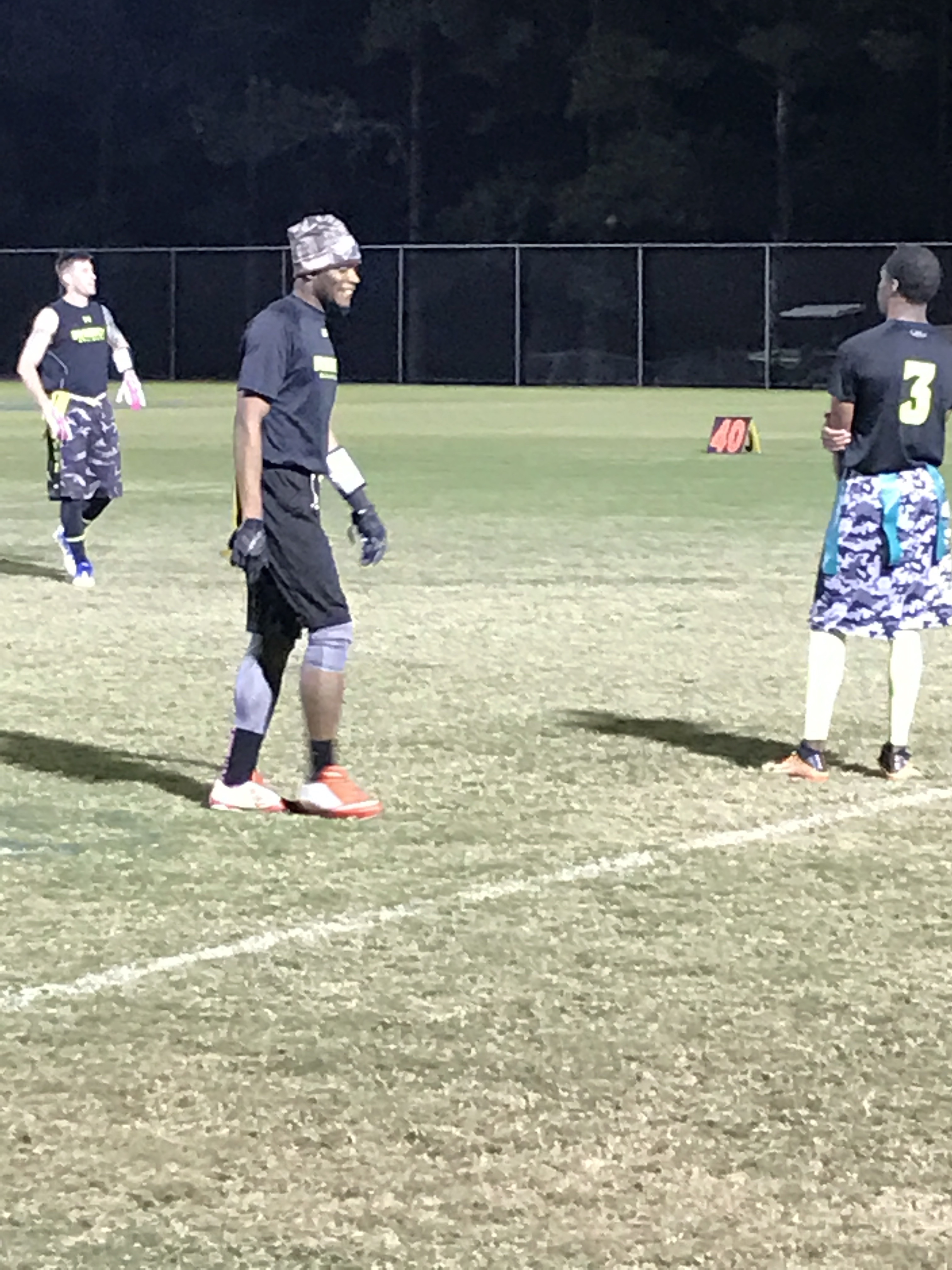 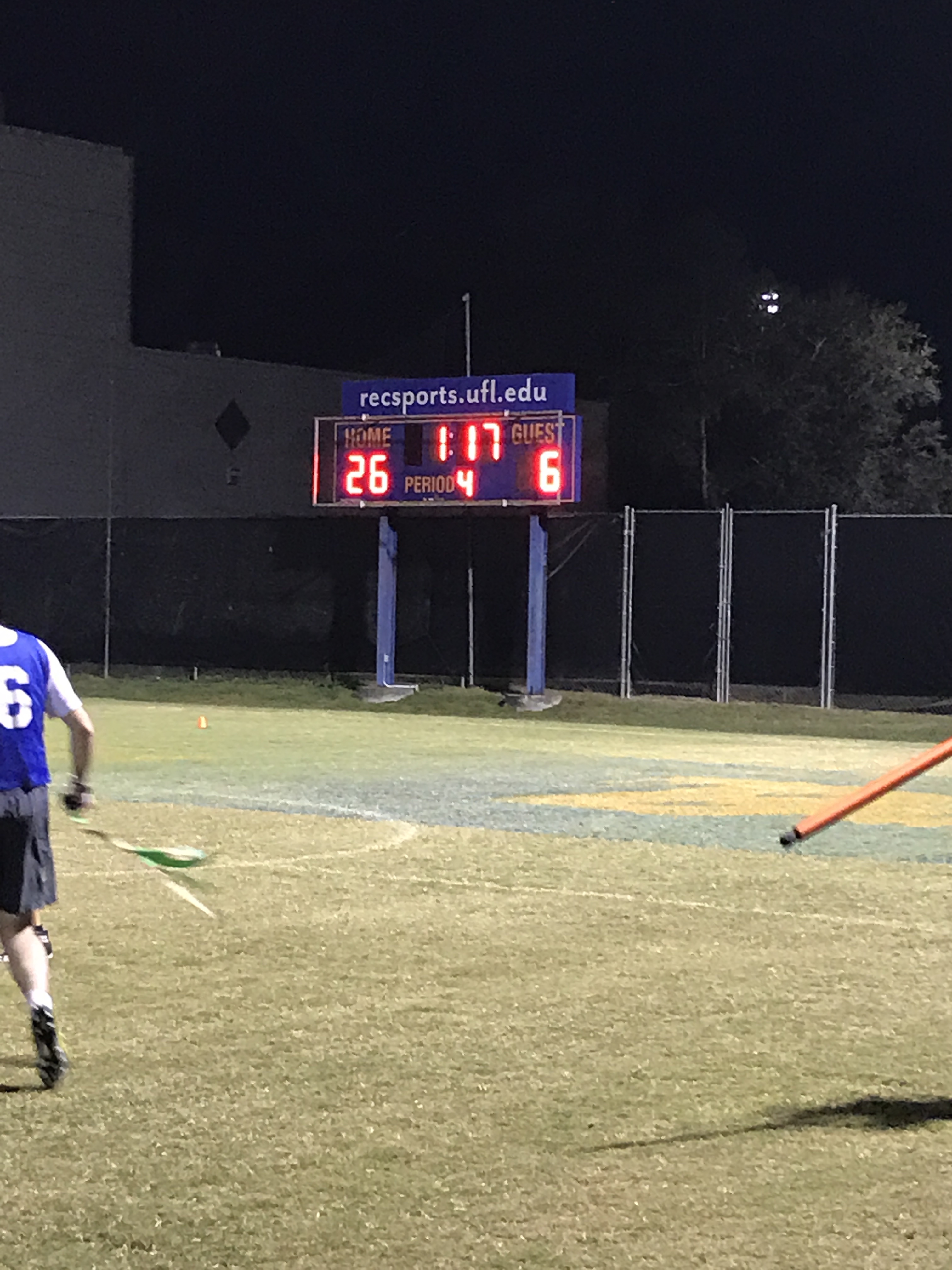 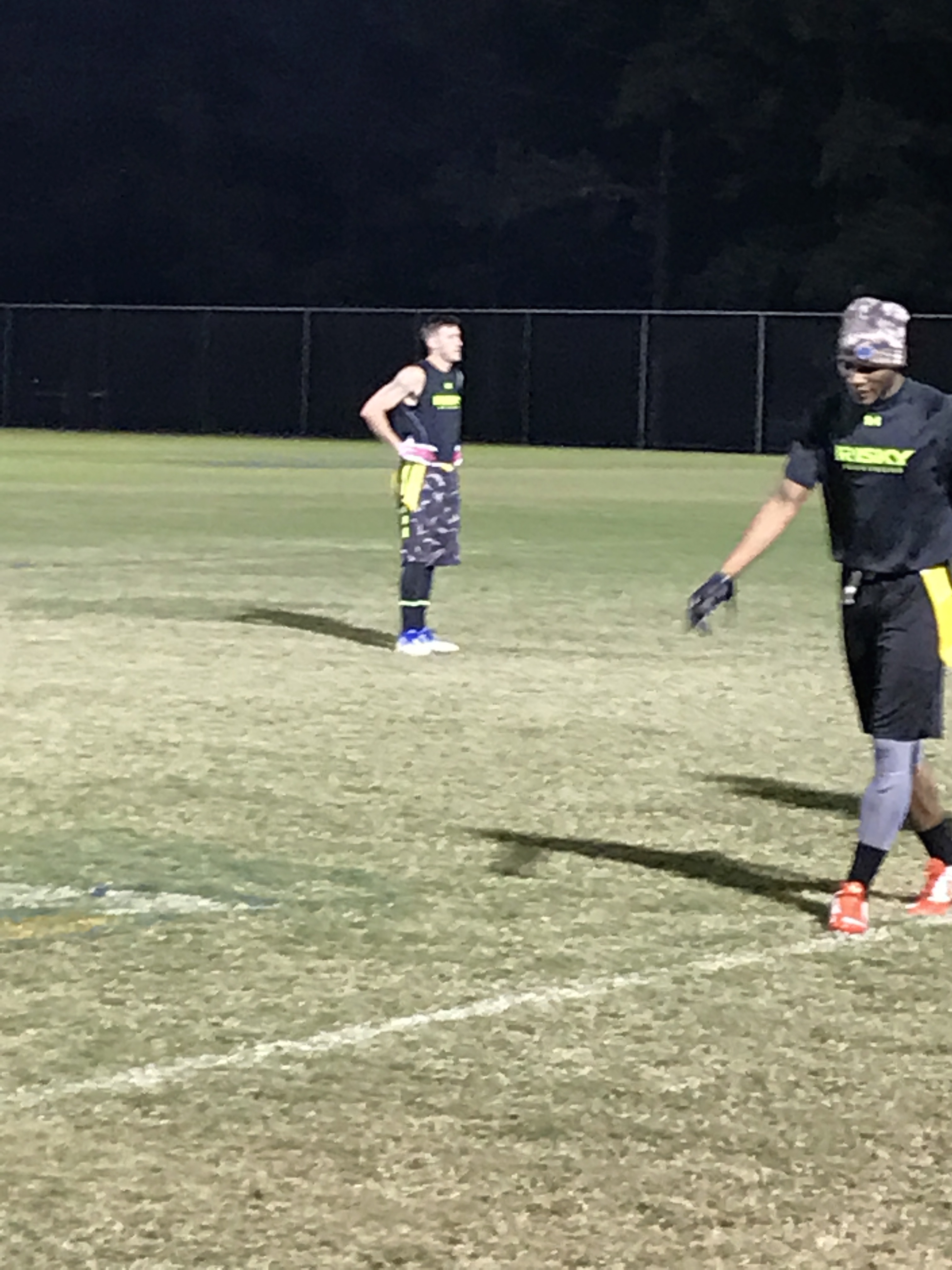 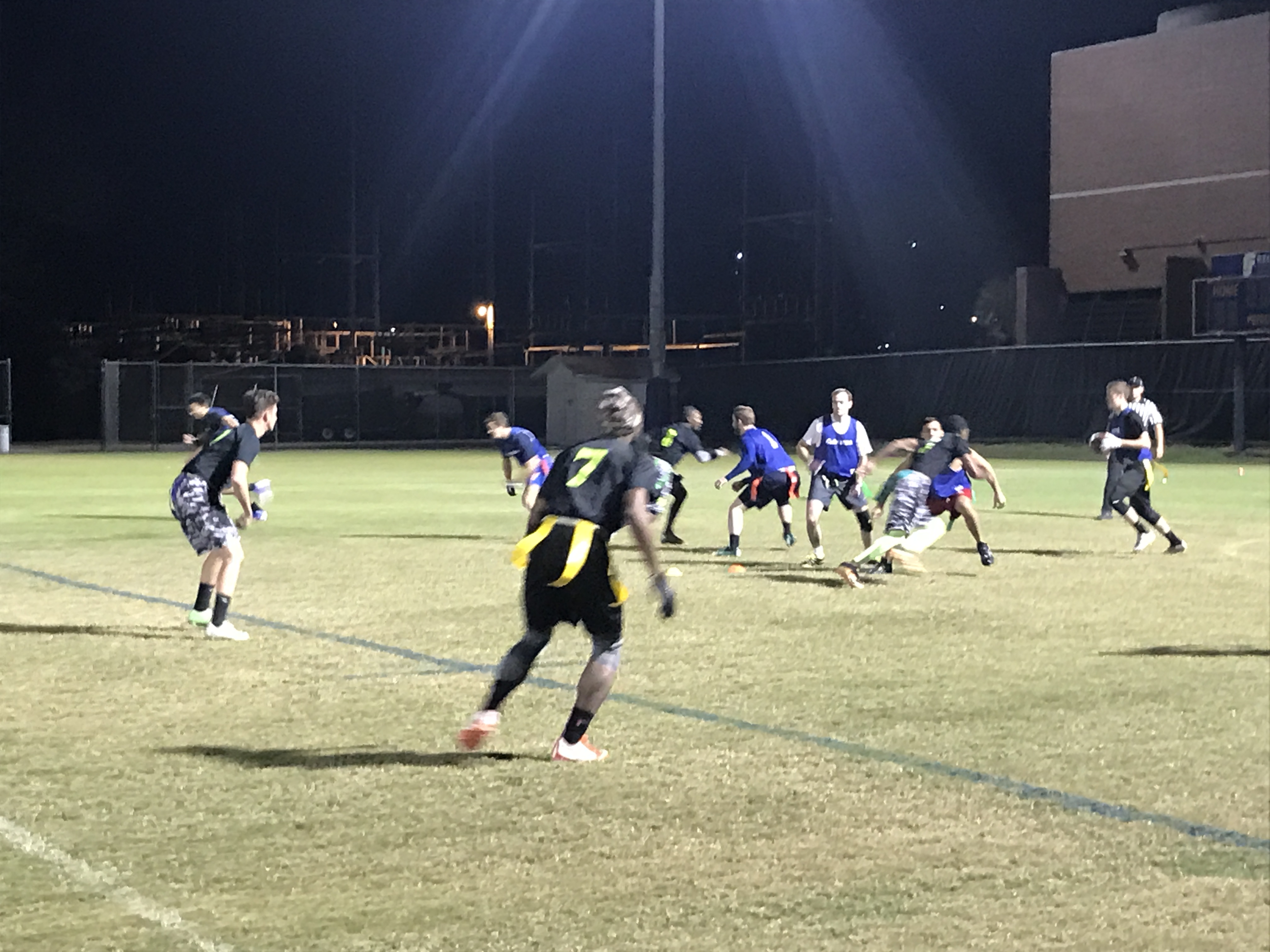 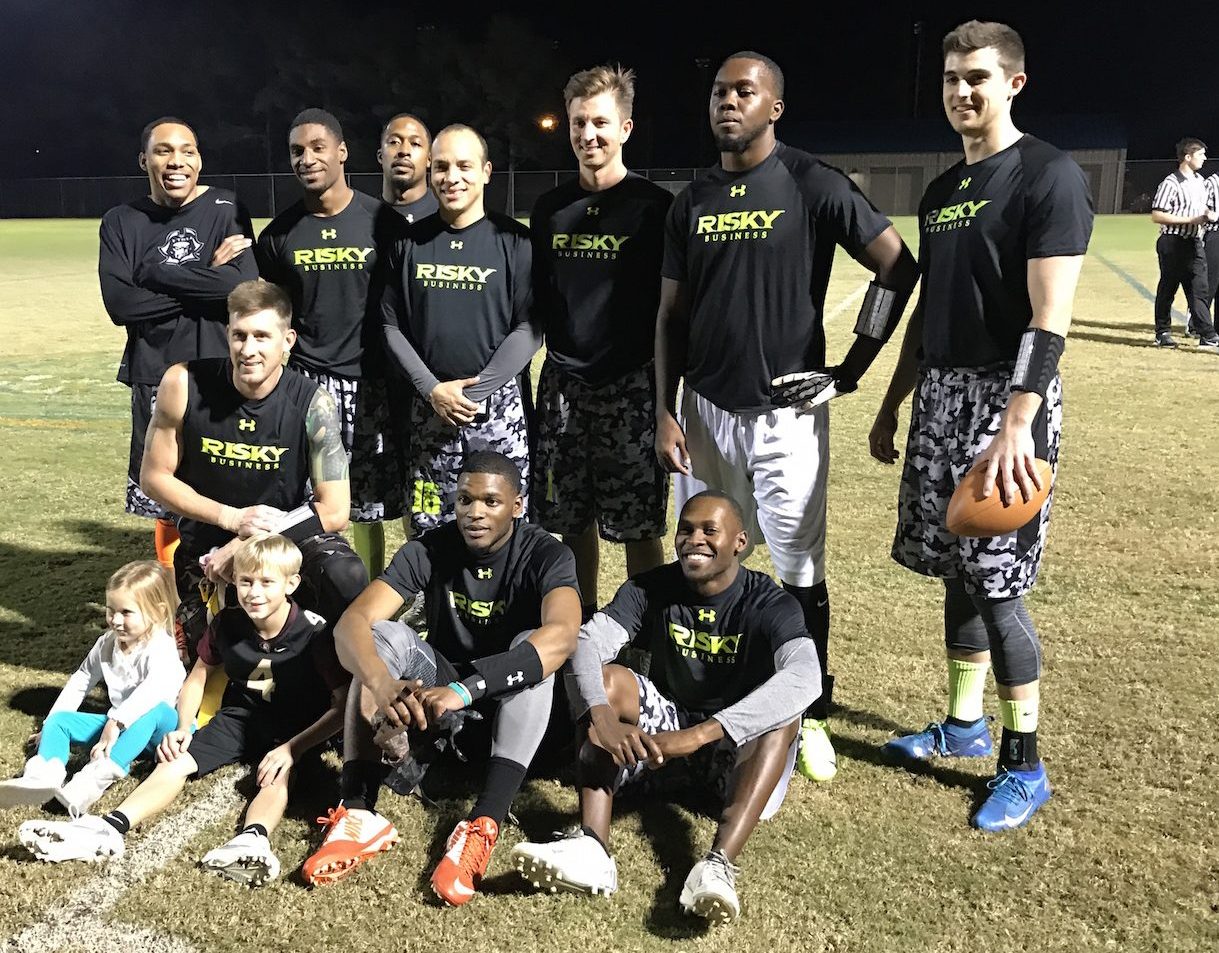 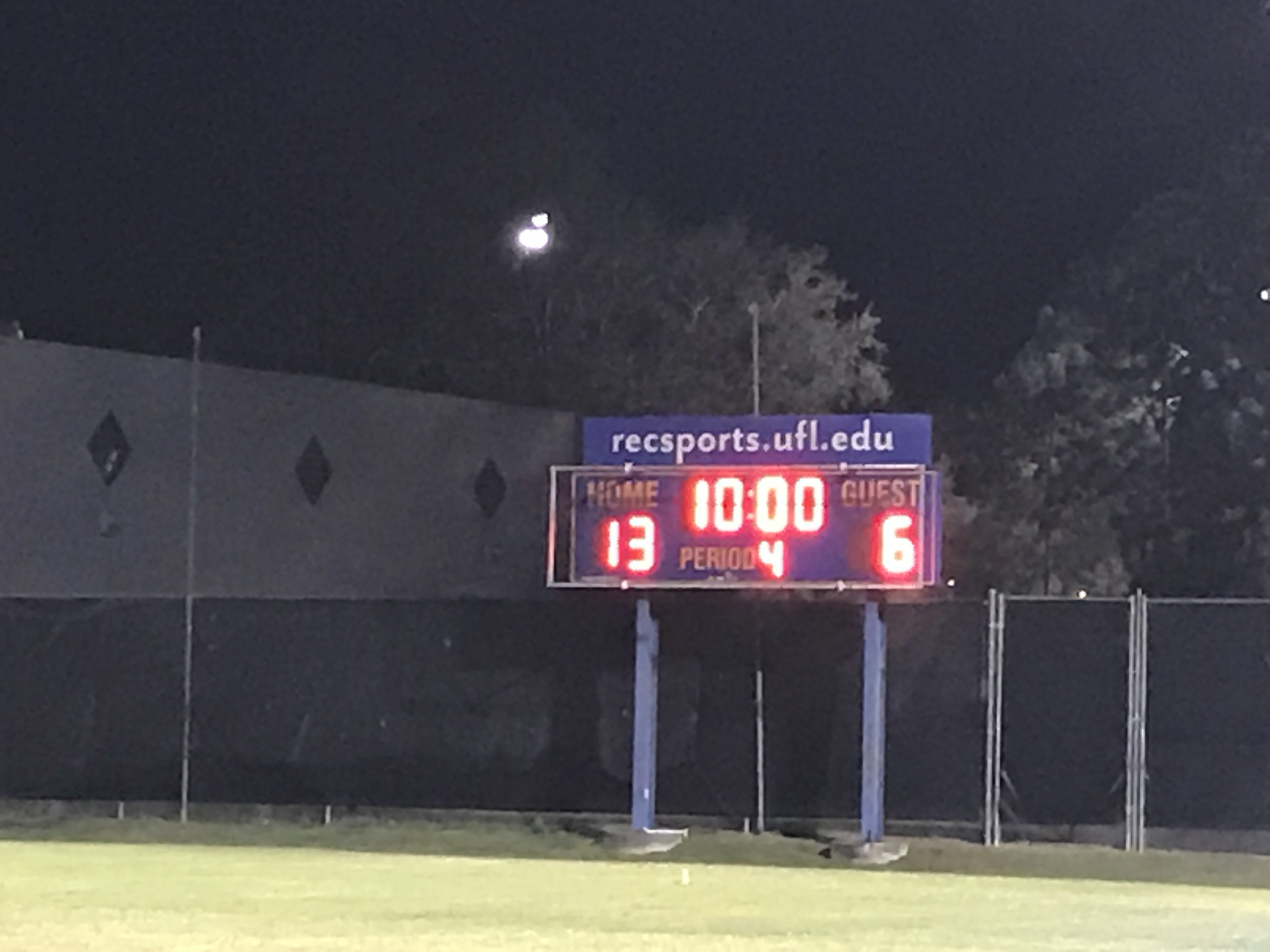 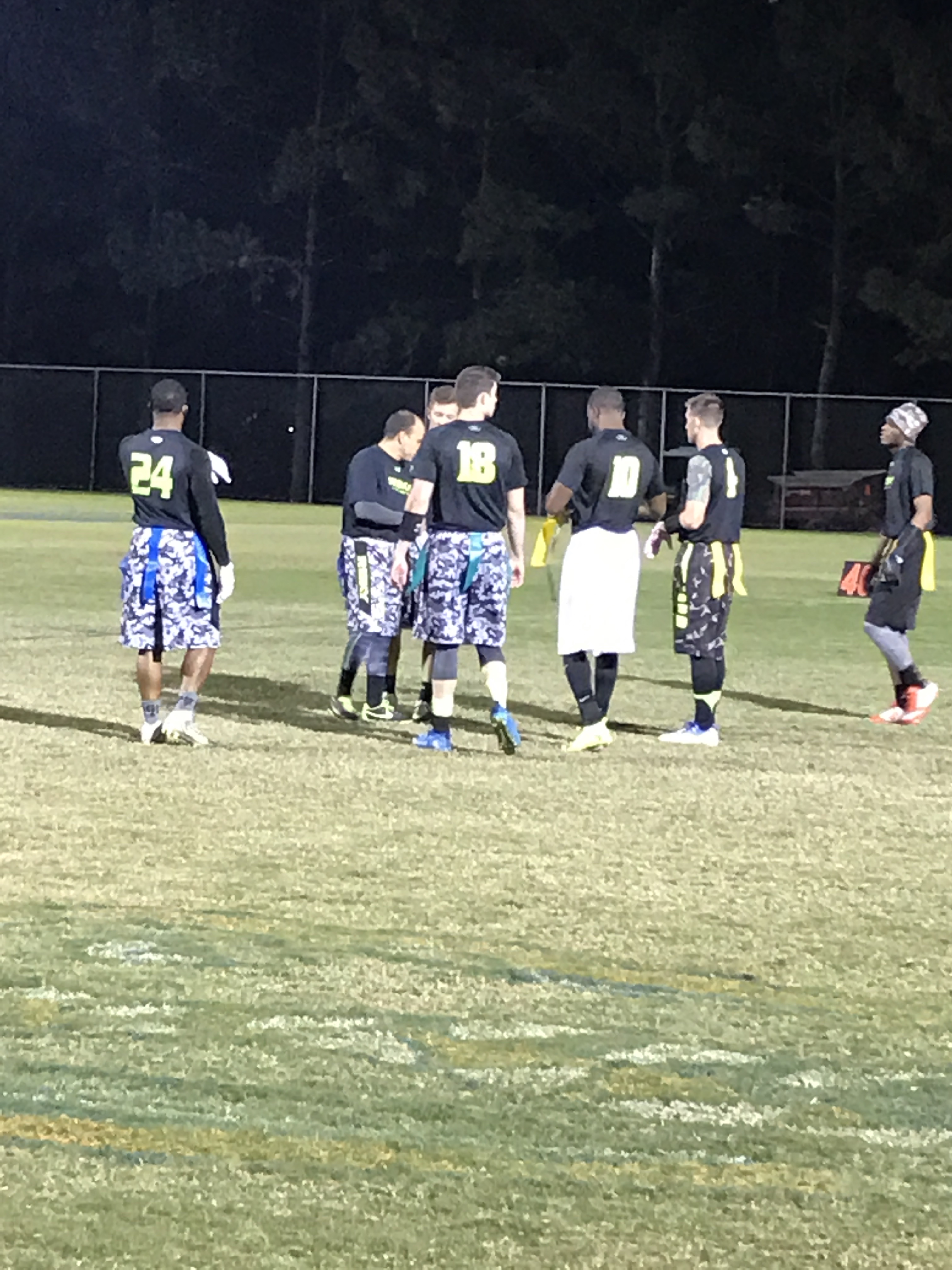