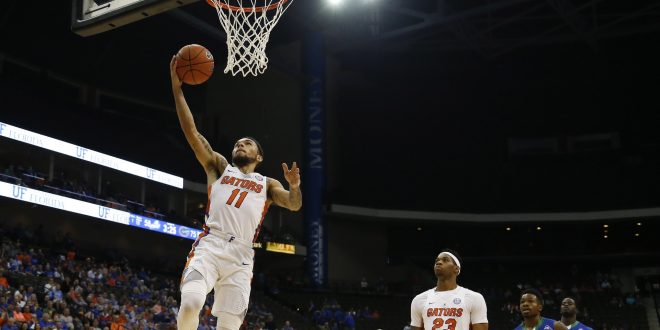 Florida Gets Ready for Charlotte in the MetroPCS Orange Bowl Classic

At the glance of an eye, Charlotte may look like a blowout win for the Gators. But upon further look, Florida’s game against the 49ers could be closer than expected. The Florida Gators take on the Charlotte 49ers in the MetroPCS Orange Bowl Classic in Sunrise, Florida, just west of Ft. Lauderdale, on December 17 at 4 p.m. This will mark the Gators’ 18th appearance in the Orange Bowl Classic, the most of any participant. 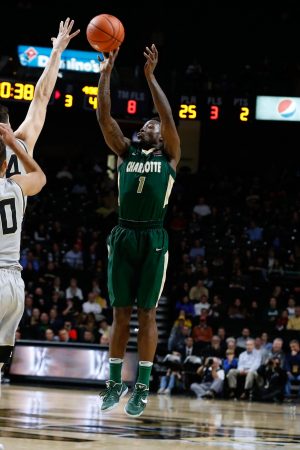 Another Team That Can Score

The 49ers are t-60th in the country in points per game, averaging 80.6 While t-60th doesn’t seem that high, there are 351 Division I teams in the NCAA, leaving Charlotte in the 83rd percentile of scoring teams in the nation. The 49ers’ second-leading scorer may be a familiar name to Florida Gator fans.

That man is senior Braxton Ogbueze, who transferred from the program after a freshman year showcasing only 4.7 minutes per game and .8 points per game. Ogbueze’s career has certainly gotten more prolific at Charlotte, now contributing 32.4 minutes per game, 13.2 points and 2.6 rebounds per game.

The 49ers’ leading scorer is sophomore Jon Davis, who is averaging 20.2 points per game shooting an insane 52.1% from the field and 52.9% from three-point range. Florida struggled against another abundant offense in the Florida State Seminoles last game, and could be in for a close game if they have trouble shutting down Ogbueze and Davis.

“I think that it’s a really underrated league. They continue to show that, Middle Tennessee has been unbelievable of course,” Mike White said in reference to Charlotte and the rest of Conference USA. “Somebody else in Conference USA has had a really good year thus far. UTEP of course with Tim Floyd year in and year out against whoever they play and I expect the same thing from Charlotte. Coach Price is just building there and they’re just getting started. I like the young pieces that they’ve brought in. I think they’re really good offensively. You’ve got a guy who wasn’t too bad of an offensive player himself. It’s no wonder that they can really, really score the ball. We anticipate them being well prepared, athletic, and tough. It’s an athletic league. The big difference between that league and our league is usually size.”

Both Florida and Charlotte like to run the ball, and their transition statistics speak to that. The 49ers rank 34th in the nation in turnovers forced per game at 16.7, while Florida ranks t-42nd at 16.2 per game, not too far behind. The two teams also rank closely in turnover margin, with Florida holding a slight advantage at +5, good for t-20th in the nation, while Charlotte has a +4.3 margin, ranking 28th in the country.

The 49ers come into the game 6-3, ranking second so far in Conference USA in non-conference wins, only one and three games respectively behind Rice and Middle Tennessee State. MTSU won CUSA last year, and advanced to the NCAA Tournament, where they took out No. 2 seed Michigan State in the first round.

Charlotte is coached by former NBA all-star Mark Price. Price is remembered most for his nine seasons with the Cleveland Cavaliers in which he was a four-time all-star, two-time three-point shootout champion and even had his number #25 retired when he ended his long NBA career. This season is Price’s second year at Charlotte. He went 14-19 last season and finished seventh in CUSA, going an average 9-9 in conference play.

Price will be trying to outpace Mike White, whose success came playing in the NCAA. White is the all-time assists leader at Ole Miss, where he attended college. 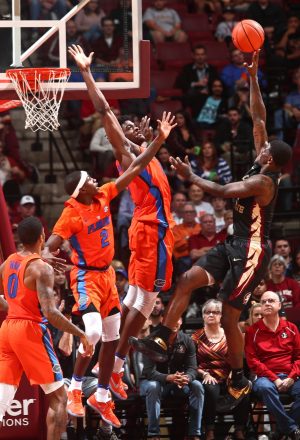 The Gators have lost their last two games, albeit, both were against ranked opponents in Duke and Florida State. Since then, Florida has fallen from No. 21 to out of the rankings, and are looking to get back in the AP Poll with a strong finish to December, featuring games vs. Charlotte, Arkansas Little-Rock and their first SEC opponent of the year, Arkansas.

Despite the negatives, Kasey Hill might’ve had his most impressive showing in his four years as a Florida Gator in the team’s last match-up, a loss vs. FSU. Hill dropped a career-high 21 points on 10-15 shooting, while adding three rebounds, three assists and two steals.

The Gator who’ll have to improve the most off of last weekend’s showing is Canyon Barry, who might’ve had his worst game as a Florida student, going 2-10 from the field, scoring only six points. Luckily for Canyon, the 49ers are no stranger to Mr. Barry. Canyon Barry last match-up vs. Charlotte came in 2014 as a member of College of Charleston. In that game, Barry scored 21 points on 8-16 shooting in 41 minutes played.

“Focus is such a large factor defensively,” Mike White said in reference to the defense and miscommunications in his team’s three losses. “It’s incredible, especially with a team that zones to man and switches as much as we do. And focus leads to communication, and communication leads to focus, and just 8 or 10 simple, simple breakdowns, whether it be because we’re a little tired, we’re thinking about the wrong things, the crowd has had too much of an impact and influence on us losing our minds or looking at the scoreboard, whatever.

Our message is going to continue to be to these guys, especially on the defensive end, you’re right or you’re wrong, you’re in the right place or you’re not, you’re communicating or you’re not. You’re playing hard or you’re not, it’s simple. Simplify it, stay in the moment, do your job, don’t think about anything else, and when we’re doing those things, we’re really good defensively.”

That being said, when Florida returns to the newly renovated O’Dome, if they can’t pull out some nice wins in-conference, their NCAA Tournament hopes may grow smaller as the season goes on. While Florida’s home-SEC opener is on January 3 vs. Ole Miss, it’s important to note that students don’t begin classes until the following day, January 4. With that being said, the Rowdy Reptiles might not be at full strength until the team’s next home game against Tennessee, the same week, on Thursday, January 7.

Saturday afternoon’s game tips-off at approximately 4 p.m. from Sunrise, Florida at the BB&T Center, and can be seen on Fox Sports 2 (FS2) nationally, and on Fox Sports Sun in Florida, with Justin Kutcher, Bob Wenzel and Jessica Blaylock on the call. You can listen to the game, as always, on the Gator IMG Sports Network with Mick Hubert and Bill Koss on the call.

Previous O’Dome Prep Comes Down to Wire
Next FEATURE: The Evolution of the Premier League