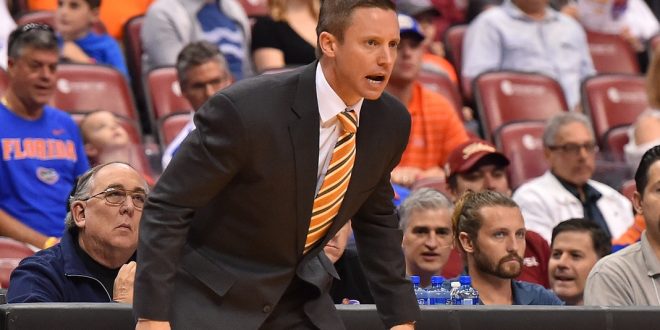 The skill and size advantage of the Florida men’s basketball team were the deciding factors in a decisive 87-46 win over the Charlotte 49ers on Saturday evening in Sunrise, Florida at the MetroPCS Orange Bowl Classic. The Gators outscored the 49ers, 38-14 in the paint and out rebounded them 44-23.

“[That was] probably the closest that we’ve come to putting together [a full] 40 minutes.” said Florida coach Mike White. “I thought that there was a few spurts, mid to late second half, that the defense was just okay.”

UF out shot Charlotte 50%-27.5%, and went a very solid 23-30 (76.7%) from the free throw line. Canyon Barry was the game’s leading scorer, producing 16 points on 3 of 6 shooting. Devin Robinson finished close with 15 points on 5 of 6 shooting. Florida’s reserves came in handy at the end of the game, as Mike White was able to get 45 points from his bench, allowing him to give his starters a nice bit of rest in the second half.

“With John [Egbunu] out, I knew that we all had to rebound more as a team,” said Devin Robinson.

Kevarrius Hayes started Florida off with an easy up-and-under lay in. Charlotte’s team is notoriously small with all but two of their players 6’7” or shorter.

“I thought he took advantage of his opportunity,” said White. “He’s such an unselfish guy that he’s over there cheering on Schuyler Rimmer and Gorjok Gak [on the bench].”

A 10-0 run by the Gators propelled them to a 12-3 lead with 15:35 left in the first 20 minutes. Hayes, Kasey Hill and Devin Robinson had all 12 of the team’s points through the first five minutes.

Another streak by the Gators, this time a 14-1 run, gave Florida a 26-9 lead with 9:28 left in the first half. The 49ers went over five minutes without a basket during the run. Charlotte coach Mark Price called a timeout after Keith Stone gave the Gators a 30-11 lead with 7:29 left in the first frame. At that point, Devin Robinson had only two fewer points than the entire Charlotte team.

The Gators went into halftime holding a 48-22 lead over the 49ers. Florida’s inside advantage was massive in the first half, outscoring Charlotte in the paint, 24-4. UF out rebounded UNC-C in the first 20 minutes, 24-10, grabbing one fewer offensive board than Charlotte’s entire team.

Devin Robinson led all scorers in the first half with points. Justin Leon led the team in rebounding with six boards, adding four points. Austin Ajukwa scored 10 of the 49ers’ 22 first half points, leading his team. Ajukwa and Andrien White combined for 18 of Charlotte’s 22 first half points.

Florida was exceptional from the charity stripe in the first frame, knocking down 12 of 14 shots from the line. Both teams struggled from beyond the arc, going a combined 5 for 19 in the first half.

With 14:05 left to play in the game, the Gators took a 61-31 lead, their largest of the game up to that point. Florida took their first 30-point lead of the game on a Canyon Barry three-pointer followed by a Kasey Hill transition dunk.

Eric Hester gave Florida its first 40-point lead of the game with 7:40 left on a long three-pointer. Hester finished with a career-high seven points for the Gators.

“I would trade a brand new arena for what we’ve had to endure the last couple of months. We’ve had no drama, we’ve had no negativity, we’ve had no excuses,” said Mike White at the end of his press conference after the game.

And yes, the Gators will now play their first home game in their new arena next week as they host Arkansas-Little Rock.