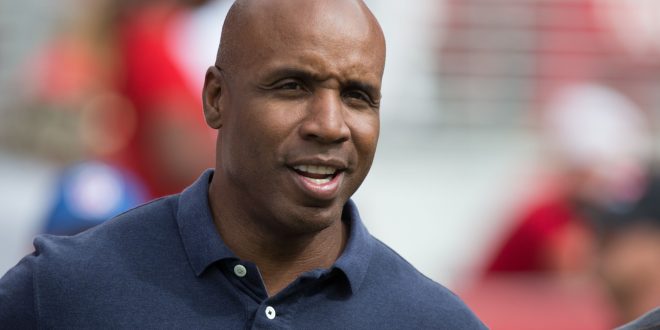 “Steroid” Players Should Be in the Hall of Fame

Before you guys get all over me about allowing steroid players to get into Cooperstown, just hear me out.

Personally, I think the ‘Pick 10’ rule is an absolute joke. There are several other players that I would love to add to my mock ballot but I simply can’t because of the rules. The people running the Hall of Fame seriously should consider a ‘Yes’ or ‘No’ policy for each player on the ballot.

Rather than having voters being torn between two really good players for their final spot on the ballot, voters can turn in their ballot satisfied that every player who was deserving a ‘Yes’ got one.

Instead of going player by player on my ballot and tell you why they should be in, I’ll give you my case for just two.

Barry Bonds is one of the greatest hitters I have ever seen. The irony is the Bonds I grew up with was the ‘roided-up’ Bonds. Yet, just looking at his career numbers anybody can tell he was a hall of famer even before he took steroids.

In a twelve-year period, those numbers are astounding. Not to mention he led the league seven times in intentional base on balls during that stretch. He was already the most feared hitter in the league and we shouldn’t penalize him for it. Yes, he got his best numbers after the 1998 season but there’s no denying his numbers would still be great.

Steroids did not help him with the grip of his bat, the crack of his wrists, or hip movement in his swing. It simply kept him in the gym longer than most players.

Roger Clemens is without a doubt the most dominant pitcher I have ever seen. Just like Bonds, I grew up watching the Clemens who took steroids. His stats through 1997, the reported year he started taking supplements, was even more impressive than Bonds. From 1984-1997, he won at least 17 games eight times, led the league in ERA five times, and led in fielding independent pitching seven times. (Fielding independent pitching measures a pitcher’s ability to prevent home runs, walks, and hit by pitchers and force strikeouts.)

He also boasted a .644 winning percentage and was on the cusp of 3,000 strikeouts after 14 seasons.

Through that 1997 season, he had won the Cy Young Award four times. Just with those four awards, he would be tied for second all-time in Cy Young awards. In fact, he would still have more than Pedro Martinez, who got in the hall last year.

It’s Time to Get Over It

I am well aware that the two players I picked are statistically two of the greatest of all time. It would be much harder to make that strong of a case for Sammy Sosa or Edgar Martinez.

Yet, multiple managers and players of that era say steroids were taken by a vast majority of players. Why should we penalize the players that separated themselves from the playing field in this admittedly “tainted era”? Steroids don’t help with pure fundamentals of the game, which all of players that were put up for voting excelled at.

The Hall of Fame will unveil their class later this evening.

Senior at the University of Florida. Working at ESPN Gainesville for four years, covering Florida football, softball, and baseball.
@FJuncadella
Previous Florida Softball Predicted to Win SEC
Next No. 19 Florida’s Shooting Woes Lead to 57-53 Defeat Against No. 24 South Carolina