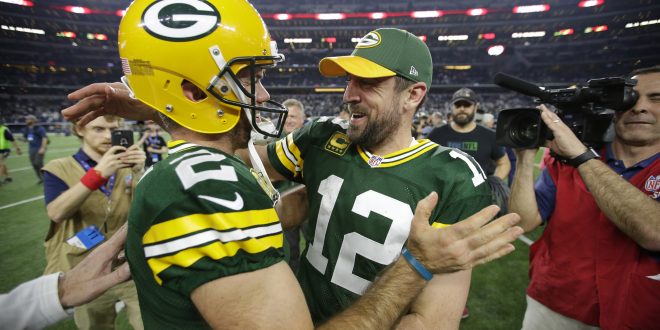 It’s that time again, time to see who goes to the Super Bowl to face the winner of the Steelers-Patriots matchup.

Now it’s time for the Packers to travel South to take on the Atlanta Falcons. This will be a rematch of their last game, when they met on October 30 with a heartbreaking loss 33-32.

The Packers quarterback Aaron Rodgers hopes to return back to the Longhorn state to earn his second Super Bowl ring. He won his first title in 2011 against the Pittsburgh Steelers in 2011 in Arlington.

Both teams are dealing with injuries at the wide receiver position. The Falcons are dealing with Julio Jones injuries, while the Packers are dealing with Jordy Nelson. Nelson—a four-time pro bowler—has been suffering from broken ribs, which he suffered when he took a hit from Giants’ safety Leon Hall. That day though the Packers defeated the New York Giants 38-13 on January 8. Nelson is the team’s leading receiver with 97 catches for 1,257 yards and 14 touchdowns during the regular season. He’s caught 75 passes from Rodgers with 12 touchdowns.

According to packers.com writer Wes Hodkiewicz, it’s reported that Nelson was breathing easier Wednesday and was even able to catch passes in a limited capacity during practice. It’s still up in the air if he will play. If Nelson returns, it would be a big help for the Packers.

Another injury the Packers are dealing with is Devante Adams. Adams hurt his ankle in the fourth quarter of their game against the Dallas Cowboys. He dealt with ankle problems last year too. This year though, he scored 12 touchdowns and was three yards short of his first career 1000 yard receiving season. It will be a game day decision if he will play.

Rookie Wide Receiver Geronimo Allison is also injured with a hurt hamstring.  Head Green Bay Packers Coach Mike McCarthy says that if this was a regular season game, he wouldn’t have any of them play.

Of course, the Packers look to be led by quarterback Aaron Rodgers. Rodgers leads the NFL in passing yards this postseason with 717 yards.  In Rodgers past nine games he’s thrown 24 touchdowns and one interception.

In his past nine games, he’s thrown 24 touchdowns and one interception, consistently doing things that few other quarterbacks would be able to. During the Packers current eight-game win streak Rodgers has completed 68.9 percent of his passes for an average of 298 yards per game. Rodgers is an experienced player who can lead a team in high-pressure situations, and create works of magic on the field. Rodgers wants to stay focused on the game but says he has the Super Bowl on his mind.

Also on offense, the Packers have Ty Montgomery. Montgomery who was converted to running back from wide receiver, can use his versatility to help his team. He ranks fifth in the NFL currently in the post season with 74 rushing yards.

On defense, the Packers look to stop the Falcons in any way the can, especially with Atlanta having a good quarterback as well. Cornerback LaDarius Gunter. Gunter, who was undrafted and is only in his second year of the NFL, will hope to cover the Falcons like he did in Week 8. Although the Packers lost Gunter, he was able to limit Julio Jones and limit him to three catches for 31 yards.  He also helped the Packers out when they faced the New York Giants and limited Odell Beckham Jr. in that game not too long ago. However, last week against the Cowboys he struggled in covering Dez Bryant, so he looks to bounce back this week.

The Packers linebackers really need to step it up this game. Atlanta really utilizes their running backs with 85 catches from them during the regular season. Jake Ryan, who is tied for second in the NFL with 16 combined tackles, as well as Joe Thomas need to stop the Falcons passing rhythm.

Outside linebackers Clay Matthews and Julius Peppers need to really go after Falcons quarterback Matt Ryan. Peppers has one sack in the playoffs and Matthews has two in playoff games so far.

The NFC Conference Championship will take place at the Georgia Dome on Sunday at 3:05 p.m. on Fox. You can also catch the game on ESPN 98.1 FM or 850 AM WRUF as well. 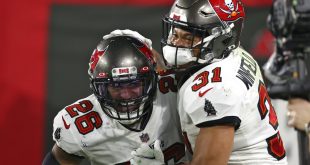