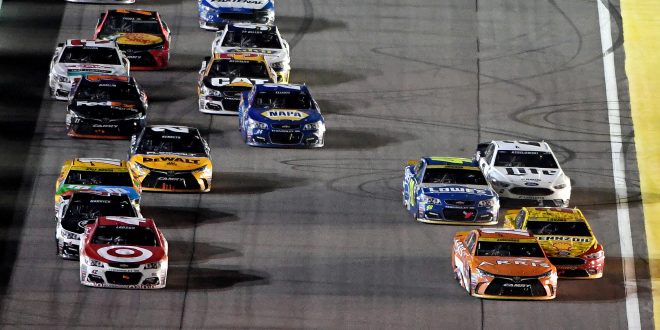 The Chase is finally over. Fans of NASCAR that have something new to look forward to in 2017. Yesterday, NASCAR announced a new enhanced racing format that will go into effect this season. The new enhanced format will be in effect for the Monster Energy NASCAR Cup Series, the NASCAR Xfinity Series, and the NASCAR Camping World Truck Series. Forget the old ways of NASCAR, and get with the new days. The executive VP of NASCAR, Steve O’Donnell says the enhanced format will reward performance and allow for less race interruptions.

Well, a lot has changed. For example, there are now three-stages to each race, the point distribution has changed, and a regular and postseason champion will be crowned. Not only that, but drivers finishing inside the top ten in the regular season will all receive more bonus points heading into the post season. O’Donnell commented on the new changes and ultimately says its for the fans.

Each of the new stages is critical in every race for every driver. Seems obvious, right? Well, the first two stages reward drivers who finish inside the top ten, while the final stage determines the winner of the race.

The true difference in it all is the amount of bonus points that can be earned in each stage, which eventually accumulate into the postseason.

Under the new format, drivers have the opportunity to earn more bonus points than ever before. In the first two stages of each race, the top ten drivers are rewarded bonus points. Whoever is leading after each of these stages receives ten points, second will receive nine, all the way down to tenth place earning one point. Additionally, the leader after Stage 1 and Stage 2 will receive an additional bonus point that carries over into the postseason.

Once the postseason begins, point totals are set to 2,000. The racers who received bonus points during the season will then be added on. At the end of each postseason race, four drivers will be eliminated which will set up a final four per usual.

The bonus points earned from the regular season will transfer to each round of the postseason if the driver is still eligible. So rather than bonus points only affecting the first round, it affects the entire postseason. However, regardless of postseason points, the winner of each race will move onto the next round.

When it comes to the final race of the season in Miami, bonus points are a thing of the past. The remaining four drivers given the same amount of points. First driver to finish wins the championship.

Fans of the sport seem to have different opinions on the new changes. Although fan voice is important to any professional sports league, its not everyone’s top priority. Most people are just interested in how the athletes react to changes.

For example, seven-time NASCAR Sprint Cup Champion Jimmie Johnson took to Twitter about the new changes in a way that any seven-time champion would.

The 2014 champion Kevin Harvick is more than excited about the new changes to NASCAR’s format.

Even the retired four time champion, Jeff Gordon, took to twitter about the new format changes.

Proud to be part of the unprecedented process that created this new format. Really excited to see the impact it will have this season. https://t.co/KT6T5NhlcW

Each of the three series will begin in mid to late February. Fans of the sport will have to follow along throughout the season to see how these new changes will impact the sport they love.