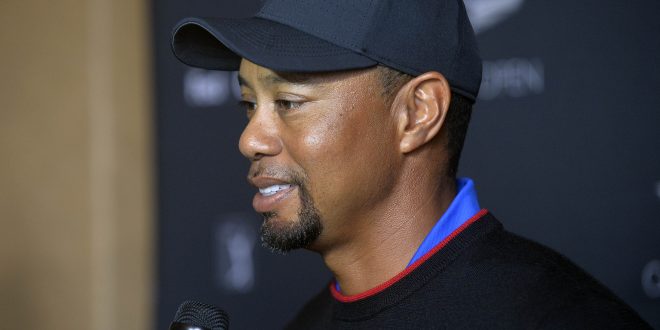 Tiger Woods is making a comeback after an extended absence. Woods is making up for lost time as he returns to the PGA Tour starting Thursday at the Farmers Insurance Open.

It’s Been A While

He has played in just one tournament in the last 17 months since recovering from two back surgeries in 2015 and has not played an official Tour event since the Wyndham Championship in 2015 where he finished in a tie for 10th.

Woods says he feels good about where his body is at.

Tiger will play four times over a five-week span, beginning at Torrey Pines in San Diego. A week later he will travel to Dubai, then he will return to Los Angeles for the Genesis Open and he will finish at the Honda Classic in Florida.

This will be a lot of travel time for the 41-year-old who has faced a multitude of injuries over the years. Woods recently finished 15th out of 17 in December at the Hero World Challenge in the Bahamas, but now looks to get some tournament rounds under his belt.

Woods says he has been playing multiple times a week, leading up to his return to the Tour.

Tiger has a history with Torrey Pines. He has played at this course 16 times, racking up eight career wins. Four of the eight non-wins were top-five finishes and he has earned more than $6.8 million at Torrey Pines alone.

Ticket sales for the Farmers Insurance Open jumped 20 percent after Woods announced he would play.

Woods says he’s looking forward to getting back in the swing of things this week.

Tiger, the winner of 79 Tour titles, is now ranked No. 663 in the official world Golf rankings.