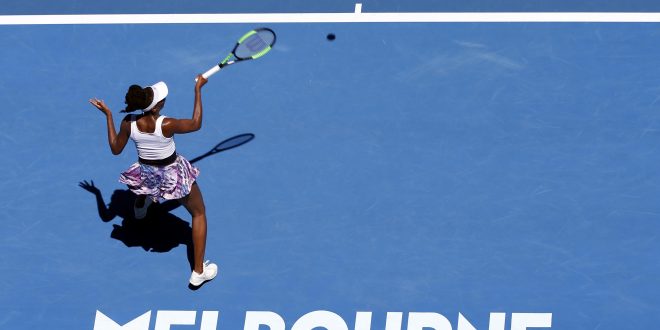 The 105th Australian Open concluded over the weekend with historic finals matches on both the men’s and women’s side of the ball.

Venus Williams gave everything she had on Sunday. The 36-year-old threw herself around the court, attempting to return Serena’s vicious serves and returns. However, her competitive spirit was not enough to defeat her dominant sister.

The top is never lonely when your best friend @venuswilliams is there. Here's to #23. What a night for our family.

World No.1 Serena Williams earned her 23rd major single title on Sunday after defeating Venus 6-4, 6-4. With this major title, Williams is now within one title of Margaret Court’s record of 24 Grand Slam singles titles.

Both sisters will compete in the French Open in May.

Then on the men’s side of the ball, legends Roger Federer and Rafael Nadal squared off. It was their ninth time together in a Grand Slam title match.

Coming into the tournament seeded 17th, not much was expected from an aging Roger Federer. The 35-year-old missed the second half of last season with a knee injury and had not won a Grand Slam title since Wimbledon in 2012.

Tears of joy for the champ #Federer #AusOpen pic.twitter.com/t048S5Spcm

But everything changed on Sunday as Federer won his coveted 18th Grand Slam title, defeating fellow legend and number 7 seed Rafael Nadal 6-4, 3-6, 6-1, 3-6, 6-3. The emotional match was highlighted by a 26-shot rally that concluded with Federer smashing a ferocious forehand down the line.

After the grueling match, Rafael Nadal pulled out of the Davis Cup to recover from the Australian Open. After being out of action for four months, recovery is said to be harder than in the past for the 30-year-old Nadal, according to the Spanish tennis federation.

Attention now shifts to the French Open scheduled for late May. This group of 30-somethings will look to continue their reign dominance over the younger field of up-and-coming stars.