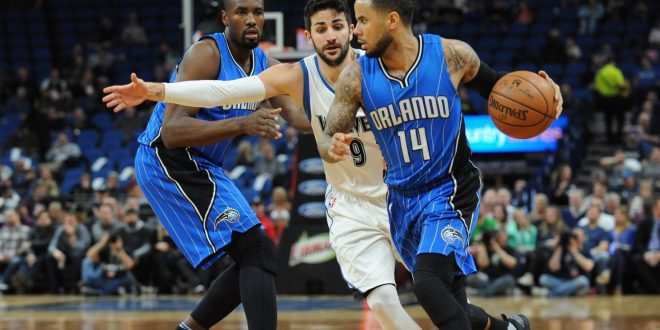 Magic Fall to Timberwolves in Overtime

The Orlando Magic put up a fight, but were unable to keep a strong performance throughout overtime. Elfrid Paton had 21 points and Serge Ibaka posted 17 points and 10 rebounds last night. After taking down the Toronto Raptors by one point on Sunday, the Magic let a winnable game and the opportunity to string together consecutive wins slip through their fingers. Last night’s loss exacerbates the fact that they haven’t won back-to-back games in five weeks.

Magic Head Coach Frank Vogel says they didn’t defend well, just because Rubio is a low percentage shooter doesn’t mean you can let him get in a rhythm.

Close one, but the Magic come up short in OT. pic.twitter.com/B6ccmAgpyK

The Magic came back from being down nine points with five minutes left in the fourth, and went up 98-96 after a three point play by Aaron Gordon with 50 seconds left. Wiggins jumper tied it and Payton missed a buzzard beater three to send the game went to overtime.

After a fourth quarter rally, the magic ran out of gas in OT. The Timberwolves lead in overtime by six points until the Magic cut the lead to three with about a minute left and brought it with in two when Rubio fouled out. Zach LaVine drained two free throws bring the lead back up to 4. Star of the game Wiggins, had 6 of his 27 points in over time. Payton says they didn’t buckle down like  they were supposed to but doesn’t attribute the loss to momentum.

.@rickyrubio9 was a man of few words after knocking down a career-high six 3-pointers for the @Timberwolves: "It felt good. Really good." pic.twitter.com/yKcWLJEqJc

The Orlando Magic return home for a two-game home stand. The team takes on the Pacers on Wednesday and the Raptors on Friday. Both home match ups begin at 7 p.m.