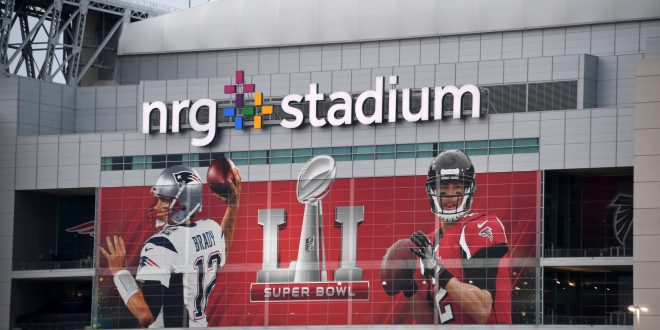 This weekend, America’s most watched event will be featured in Houston as the New England Patriots (16-2) and Atlanta Falcons (13-5) play in the Super Bowl LI.  This year’s game features a duel between two of the most elite offenses in the league. Though, the key battle will be between the two quarterbacks as Matt Ryan faces a future Hall of Famer, Tom Brady.  They say everything is bigger in Texas, and the stage can’t be much bigger for either of these two teams.

We seek something greater than ourselves.
A prize that will ring in eternity.#InBrotherhood pic.twitter.com/EZeSuwYZ89

Atlanta has swooped into the Super Bowl completely under the radar with even Las Vegas putting the odds at 100-1 in the Falcons winning the Super Bowl.  It’s been 18 years since the “Dirty Birds” made their last Super Bowl appearance but this time they hope to emerge as the victor.

Atlanta’s offense has been explosive this season as they average 33.8 points per game.  Leading this offense is quarterback Matt Ryan, a candidate in the MVP race, who threw for just under 5,000 yards in the regular season and 730 yards in the playoffs.  Though, dormant so far this postseason, Atlanta does have a very talented running back in Devonta Freeman.  Freeman ran for over 1,000 yards during the regular season and will be looking to return to that form during the Super Bowl.

The Falcon’s defense has held their own this postseason after allowing 27.4 points per game during the regular season.  Though, in the postseason they have come alive limiting both the Seahawks and the Packers to under 21 points.

Despite, the Falcons coming into this one as an underdog, they carry the cities hopes and dreams on their wings. Its been 21 years since the capital of the peach state has been home to champions.  A streak the Falcons hope to end this Sunday.

The Patriots have found a way to form a modern day dynasty, appearing in three of the last six Super Bowls.  Led by Coach Bill Belichick, the Patriots have appeared in seven Super Bowls and will be eager to add another title to their run.

You can’t mention the Patriots without bringing up quarterback Tom Brady.  Brady has appeared in six Super Bowls but according to him, what really matters is the two weeks of preparation that goes into it.  Coming off a four-game suspension,  Brady threw for 3,554 yards during the regular season.  There is no doubt Brady is the golden boy when it comes to New England.

The Patriots defense is considered the best in the league—holding opponents to an average of 15.6 points per game. The key to their success is causing their opponents to become one dimensional as they haven’t allowed a rusher to run for more than 90 yards for 25 straight games.

The Patriots undoubtedly come into this one as the favorite.  They look to win their second title in the last three years as Brady tries to solidify himself as one of the greatest quarterback’s of all time.

This is Houston’s time to shine on the nation stage as host to the 51st edition of the Super Bowl.  This looks to be an explosive matchup and potentially high scoring.  It’s the best in the AFC against the best in the NFC this Sunday at 6:30. Coverage of the big game starts at 2 p.m. on ESPN 98.1 FM and 850 AM WRUF.