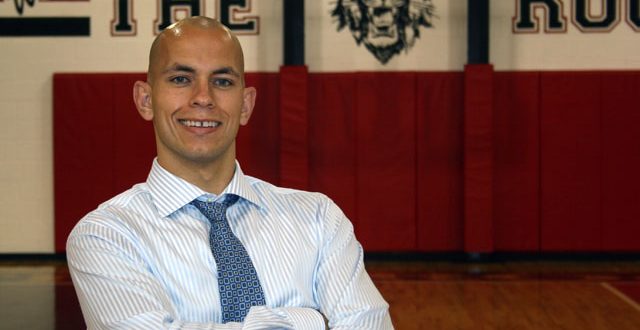 The Rock Lions: A Team Committed to Excellence

Great college players come from great high school programs. One such program is The Rock School in Gainesville, Florida. The Rock Lions are known for producing some of the best high school basketball players in the country including former Gator player Scottie Wilbekin and current Philadelphia 76ers rookie Joel Embiid. Right now, the program has six Division 1 prospects and all but one of them are local kids. One of those prospects is Darius Days who is the 74th ranked player in the 2018 class according to 247sports. Days is considered a heavy lean toward the Florida Gators.

The Lions are enjoying a successful season as they are 28-2. They are averaging 75 points per game and allowing an average of 61 points per game. The team got off to a shaky start, losing their first game by a score of 76-72. However, since then, they have been on a roll winning 28 of 29 games including their last eight. Their one loss during that streak came against IMG Academy, the number one team in the nation. The Lions lost that game by a score of 84-63

When discussing his team’s success, head coach Justin Harden credited the program itself and how successful it has been for the past 12 years. He refused to give all the credit to himself and noted the fact that he’s had several great players including Wilbekin help him achieve coaching success. A big reason for the Lions’ success this season, according to Harden himself, is that they brought back a big nucleus of key players from last year including Days. He gave his players credit for drawing the best out of each other and holding each other to a high standard. Harden said that his players make his job easy.

Next week, the Lions will compete in the state tournament of the Sunshine Independent Athletic Association (SIAA) in Daytona Beach, Florida. Playing tough teams during their schedule has helped the Lions prepare for this tournament. Some of those teams including opponents in their own division. In addition, an series of events called the Grind Session has helped out Harden’s team. The Grind Session occurs nationally and internationally in countries including Canada and the Bahamas. Harden believes that having a tough schedule throughout the year really prepares a team for tournament play. The team is looking to get to its first Final Four since winning the state tournament in 2013. Harden is very confident in his team’s chances.

Harden has good reason to be confident. Last week , his team took on Prolific Prep, the number three team in the country. Despite letting Duke recruit Gary Trent Jr. score 32 points, the Lions held on for the big win. Harden mentioned the fact that a lot of high school players like to score points in order to boost their stats. He says his team is not like that. He credited his players for having a team mindset and putting winning before anything else. That mindset helped them as underdogs against Prolific Prep.

When talking about how this team is different from previous players, Harden discussed how point guard Jamari Wheeler has been a difference maker. He went as far as to compare him to NBA greats such as Michael Jordan, LeBron James and Kobe Bryant. Wheeler’s desire to win in addition to his two-way play has been a huge boost for the Lions. To give an example of how impactful Wheeler has been for his team, he had 22 points, nine rebounds, eight steals and seven assists in his last game. That kind of performance could be just enough to lead the Lions to their first state championship in four years.

Previous Gator Golf Kicks Off the Season With a Win
Next SEC Basketball Preview: LSU versus Ole Miss