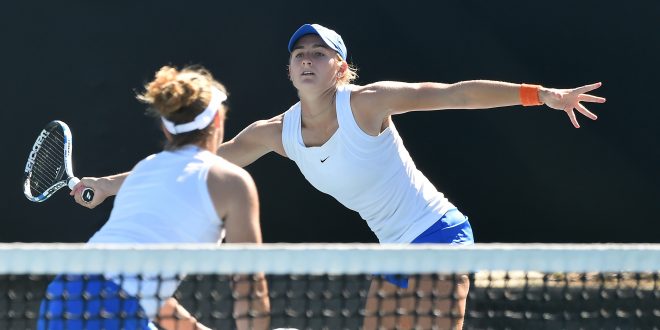 The No.1 Florida Women’s tennis team will take on a huge challenge this weekend at home. The Gators are big time home match players. They’ve won 161 consecutive home matches.

This win streak is the longest active home win streak of any sport in Division I NCAA Athletics. However, they will challenge themselves by taking the national finalists of the previous season less than 24 hours apart from each other. This has never happened at the University of Florida with any Gator team.

#TBT to 2011 when the Gators beat Stanford in the national championship match. The Gators host Stanford this Sunday at Noon at the Ring. pic.twitter.com/dxf1RVKDCG

The Gators will take on the No.5 Stanford Cardinals on Saturday. The Cardinals are the reigning national champions and ended Florida’s 2016 season in the round of 16 with a 4-3 decision. But, the challenge doesn’t stop there.

The Gators on Sunday will take on the Oklahoma State Cowgirls who are ranked sixth nationally and fell to the Cardinals in last year’s championship.

“Our team knows how good Oklahoma State is, I don’t think we need to warn them to be ready. The trick is going to be the second day. If we play well on Saturday how can we bounce back and play on well on Sunday?”  Head Florida tennis coach Roland Thornqvist said.

The Gators are coming off of an indoor national championship over the North Carolina Tarheels on Monday.

Thornqvist is ready for his team to face another challenge “From a maturity standpoints and a mental standpoint I think this is going to be a great test for us,” Thornqvist said.

Florida’s first match will be at 4 PM on Saturday at Florida’s Alfred A Ring Tennis Complex. 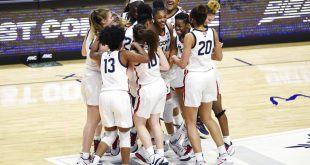