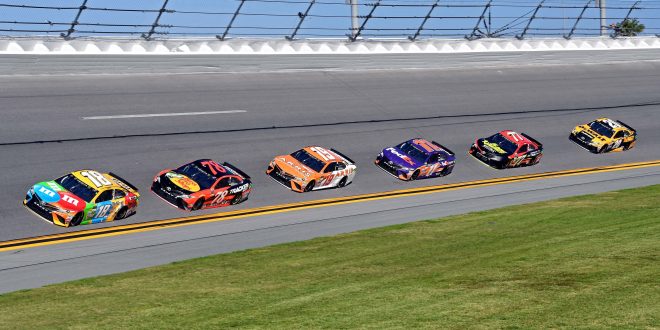 Arguably, the biggest annual racing sporting event will occur this Sunday as the Daytona 500 comes to the Daytona International Speedway.  This is the 59th annual Daytona 500 as it kicks off the Monster Energy NASCAR Cup season. It looks to be an exciting season as defending champion Jimmie Johnson will look to surpass NASCAR legends Richard Petty and Dale Earnhardt for the most NASCAR Cup Series wins.

One of the biggest headlines of this race is Dale Earnhardt Jr.’s return to racing.  It has been nearly eight months since Dale Earnhardt has driven on the asphalt.  Earnhardt comes into the Daytona 500 has a favorite, having won two times previously.  However, it will be an emotional day for him as it was this track sixteen year’s ago where his father perished.

Chase Elliot won the pole for Sunday’s race to begin the race at first place.  Elliot was the rookie of the year in 2016 and is the youngest pole sitter in Daytona 500 history.  Don’t sleep on Elliot, as he may find his way on to the podium.

A lot can change in the blink of an eye. Just ask our very own defending #Daytona500 champion @dennyhamlin. #FedEx11 pic.twitter.com/mXZtrNVrk6

Last year, Denny Hamlin shocked everyone as he won the Daytona 500 by a tenth of a second. He performed well last weekend, as he led the race until he crashed his car with two laps remaining.  Despite the crash, he comes into this race as one of the favorites to win Daytona.

Danica Patrick has gotten off to a successful start to her 2017 season thus far.  Last year, her average finish was 22nd during the NASCAR Cup Series.  Last weekend, in the Daytona Clash she finished fourth.  This is a huge improvement in performance from her previous season.

The Daytona 500 will begin this Sunday at 2 pm.  It will be an exciting one as it kicks off the 2017 Monster Energy NASCAR Cup season.