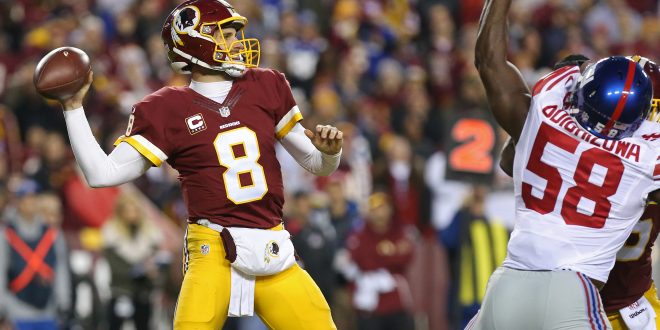 Cousins initially earned a consistent starting job with the Redskins thanks to Robert Griffin III’s continuous injuries. Former Redskin Joe Theismann raised some questions regarding how much the Redskins should spend on Cousins, considering there are other aspects of their team he feels could use upgrading.

This is the second season in a row that Cousins has received the franchise tag. In 2016, the Redskins placed a franchise tag on him as well. This marks the first time in NFL history that a quarterback has received franchise tags in consecutive seasons. Drew Brees and Peyton Manning are the only other quarterbacks to receive the tag more than once.

Born and raised at the ballpark! Typically quiet- until it comes to sports. I'm a South Florida native with a passion for baseball nearly as strong as my faith. Grew up in garnet + gold, turned out sporting orange + blue. Likely to be found with a camera. And yes, I take food pictures.
@victoriarossman
Previous SEC Men’s Basketball Tuesday Recap
Next NFL Roster Moves Send Ripples Through League