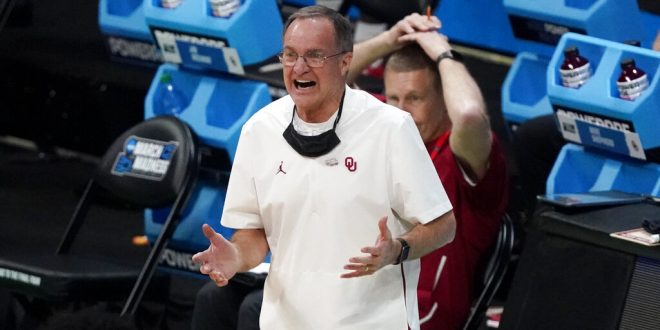 Former Gators Head Coach Lon Kruger announced his retirement after 35 seasons in college basketball. Lon coached the Oklahoma Sooners for the past 10 years, leading them to a final four appearances in 2016. Kruger led his team to the round of 32 before favorites Gonzaga eliminated the Sooners from the NCAA tournament. The Sooners finished 16-11 this season with a 9-8 record in the Big 12. Kruger has also coached UNLV, Florida, and Illinois.

Here's an emotional Lon Kruger on the relationships he's built through his career. #Sooners pic.twitter.com/3L3QCIH9XE

Lon is most known in Gainesville for leading his 94′ team to the final four 27-years ago. A season that would put Florida basketball on the map and the best since its 78-year induction. The Motto “Find a Way” fueled a cinderella story for at the time an unrecognized program at the time. After back-to-back stints in the NIT Florida shocked the world by becoming a 3rd seed in the East region. Guards Craig Brown and Dan Cross led the Gators to 4 straight victories including an upset over #2 seed UCONN a team with five future NBA players. This included freshman and future NBA Hall of Famer Ray Allen. Florida’s dream run came to an end versus Duke who eventually lost to Arkansas in the title game.

One of Kruger’s fondest memories was his children growing up in the Gainesville area. It allowed for Kruger to meet the most amount of people in any of his stops along the way. Connections he has kept even till today.

The main reason Kruger retired now is family. Sources at ESPN say that his son Kevin Kruger receiving a Head Coaching position at UNLV had a big impact on his decision.  He also gets time to spend with his Grandchildren. Lon Kruger is retiring as an NCAA tournament figure, a well-loved head coach, and a Florida Gator legend.

Ethan Sanabria is a second-year telecommunications student on the digital film and television production track at the University of Florida's College of Journalism and Communications. He has previously worked as a broadcaster for the Florida Flight basketball team and currently helps the production of WUFT news facebook lives. You can reach Ethan on any of his social media or at Ethansanabria@ufl.edu.
@ethansanabria
Previous UF Athletic Director Talks Gators Sports
Next Gator Baseball Breaks Rebels SEC Streak in Series Opener