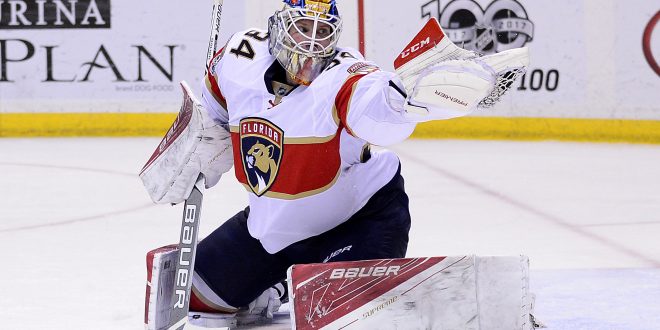 Panther struggle to hold on in wild card race

Currently ranked sixth in the in the Eastern conference, the Panthers would need to win 10 of their remaining 11 games to be good enough for them to earn the final wild card spot. Sunday, they fell to the Pittsburgh Penguins 4-0. Florida seemed to have little energy left in their tank after playing three games in four days against three strong teams. 36 hours prior to their Pittsburgh game, the Panthers beat the New York Rangers 4-3 in a shootout victory. They ended their three-game road trip against the top teams in the Metropolitan Division with mixed results.

In the beginning of the game, the Panthers matched the Pens’ energy level. However, by the second period, it seemed that the Pens took control. Sidney Crosby recorded his first hat trick of the season in their victory over Florida. Despite the injury-wracked team the Pens had to deal with missing seven key players (including Evgeni Malkin with 33 goals and 72 points this season), they still appeared to be the better team. They have swept the Panthers in all three meetings this season. The Pens have gone 7-1-1 in their past nine games, whereas the Panthers have won just three of their past 13 games. For the Pens, if they win their next game, they have earned a spot in the playoffs.

Jaromir Jagr played his 1,700th NHL game Sunday afternoon against the Pens. He played his first 806 games with Pittsburgh, and was a big part of their resurgence back in the 1990s. The Pens honored Jagr for being part of the NHL 100 team but he remained very focused on the game. Jagr has 14 goals and 39 points this season. During his career he has had 749 goals and 1,144 assists.

He may not be in a #Pens uniform anymore, but few names stick out in franchise history as much as Jaromir Jagr. https://t.co/POvyJj9uSC pic.twitter.com/CuwFn00hHO