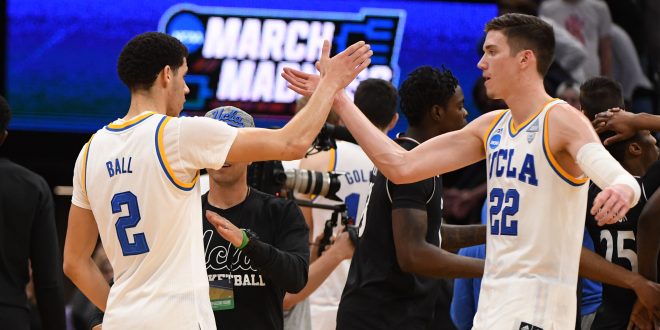 The Kentucky Wildcats and the UCLA Bruins will be going head to head for the second time this season. When the two teams met earlier this year, the Bruins ended the Wildcats’ nine-game win streak. The 97-92 Bruin win didn’t just end that streak, but it also ended Kentucky’s 42 game home winning streak. Impressive right? Here’s a look at their first matchup.

In this high-scoring matchup, nine of the ten starters scored in double figures. For Kentucky, freshman guard Malik Monk led the team by scoring 24 points. Monk knocked down four long balls from the perimeter while also making an impact on the defensive end. He tallied on five steals and a defensive rebound. For the Bruins, their leading scorer was senior guard Isaac Hamilton. Hamilton scored 19 points while also knocking down three deep balls. 18 three pointers were made between the two teams, which also showcases the tempo they were playing. However, the biggest factor in the outcome of the game were free throws. UCLA shot 81 percent compared to Kentucky’s 66.,7 and in the end Kentucky paid for it. This is a very talented Kentucky team who had an outstanding season however, and they are ready to redeem themselves against the Bruins.

Kentucky finished their regular season ranked fifth.  They ended the season on a eleven game win streak, including a win over the Florida Gators, who devoured them by 20 at home in their first meeting. The Wildcats also blew out Tennessee after losing to them in a nail-bitter during their first matchup. As you can see, Kentucky doesn’t take losing lightly and they usually don’t lose to the same team twice in one season.

On the other end, the Bruins ended their season ranked eighth, despite losing only four games.  The Bruins led the league in points per game at 90.2, as well as assists per game at 21.6. However, they did struggle on defense, giving up 75.2 points a game.

It's official! Kentucky Wildcats vs. UCLA Bruins in the Sweet 16 on March 24. What a matchup! pic.twitter.com/tA6eXQ1UAz

Head coach of the Bruins, Steve Alford, says Friday’s matchup will be a highly-contested one, but he is very confident in his team pulling out the win. 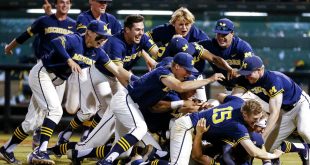 It’s official, six teams have punched their tickets to Omaha. There are only two spots …