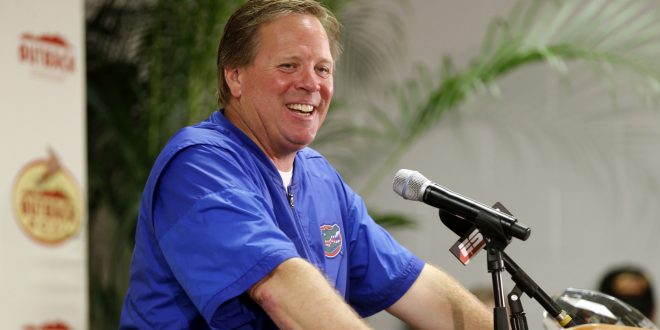 28 different teams were in attendance on Tuesday afternoon to watch the University of Florida’s pro day. With combine invites difficult to obtain for many talented players around the country, pro days allow student-athletes to showcase their talent in a home atmosphere with NFL coaches from all around the country in attendance to witness.

The 40-yard dash is the most well known of the pro day/combine events and is a good measure for acute speed. Notable 40-yard dash times from Florida plays include CB Teez Tabor (4.73), LB Jarrad Davis (4.56) and DT Joey Ivie (4.97).

Teez Tabor on where he ranks in this CB class: "I'm right at the top."

Quincy Wilson not participating in athletic drills today. No vert, broad or 40.

Jalen Tabor recorded a 32″ vertical jump at Florida’s pro day. Jarrad Davis once again continued to impress scouts following his 40-yard dash with a 129″ broad jump and a 38.5″ vertical jump. Both of those numbers would’ve led all linebackers at this year’s NFL combine. Safety Marcus Maye also posted a 33.5″ vertical jump.

On the bench, it was once again the Jarrad Davis show. The linebacker cranked out 23 reps, while defensive lineman finished with 26 reps.

Quincy Wilson with a fancy one-handed catch during the DB drills. pic.twitter.com/yy63ptwLxz