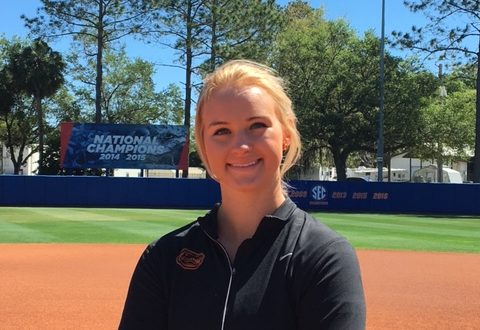 Rewind to 15 years ago. The year was 2002. Kelly Barnhill was just five years old. She started playing t-ball, then worked her way up to softball at just seven-years-old. The pitching machine gave her perfect pitches every time. Her parents signed her up for just about every sport the city of Marietta, GA had to offer. But softball was the one that stuck. And for good reason.

Freshman year of high school, Barnhill was already being recruited for her strong pitching game. “It’s a very long process,” says Barnhill. “I actually waited an unusually long time to commit. I ended up committing in October of my senior year. I was looking between UF and Stanford, and it (Florida) was the best choice I could have made,” says Barnhill. Barnhill credits the coaches for convincing her to join the Gator Nation.

The Sunshine Showdown is all @GatorsSB.

Florida has won 17 of the last 18 over Florida State. pic.twitter.com/WeVUcraPSH

She says now with the Gators that she has grown as a person and has improved her game more than she could have ever imagined. She also appreciates how her coaches hold her accountable. Whether it’s for grades, class attendance or pitching, they’re always looking for ways she can improve. Barnhill says Coach Tim Walton can show some tough love. “He expects the best on and off the field. I have a great relationship with coach Walton, he’s a role model and a mentor to me,” says Barnhill.

Barnhill not only dominates from the circle but off the field as well. She graduated high school with “twenty-something AP credits.” Barnhill says she was more than prepared for college, and her transition was quite easy. She is now not only a NCAA athlete but a double major in Public Relations and Economics. “That’s one of the things you learn as a student-athlete is how to balance your time. We always have a great support staff here helping us,” says Barnhill.

Not only was Barnhill on the USA Softball Women’s Junior  National Team coming out of high school, but she was also on the Women’s National Team last summer. Barnhill also leads the nation with a 0.22 ERA. Recently, she came close to breaking her record of 16 strikeouts in a single game against Georgia and there is talk about her all across the Gator Nation.

Barnhill says coming this far wasn’t easy. She made the decision to give up batting to focus more on her pitching game. “I didn’t want to be a jack of all trades, I just want to master my own craft,” said Barnhill.  She continues to break and close in on records each game she pitches in and was recently named SEC Pitcher of the Week.

In addition to these achievements, Barnhill also secured the following.

The Florida Gators website has even more on her resume.

Barnhill has support in all areas of her life, especially including her team members. Every game her name is thrown across the field from her teammates. One of those supporters is Aleshia Ocasio. Ocasio is a junior and has been able to take Barnhill under her wing.

Barnhill also credits senior pitcher Delaine Gourley. When she was a freshman, Barnhill really looked up to her. She credits Gourley for giving her the right mentality when going up against good batters. Gator Head Coach Tim Walton always has good things to say about Barnhill. “I thought Kelly Barnhill did a great job tonight in the circle (against Kentucky)… I think we did a good job of being patient and took advantage of what they were giving us.” Says Walton. He also praised her after their final game of the Kentucky series. “Today was a great road series win against a good Kentucky team. Kelly was ‘WOW’ this week, great week for us on offense and defense,” says Walton. 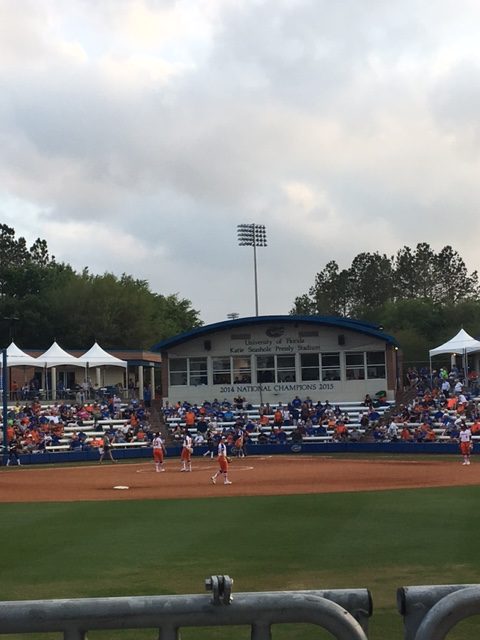 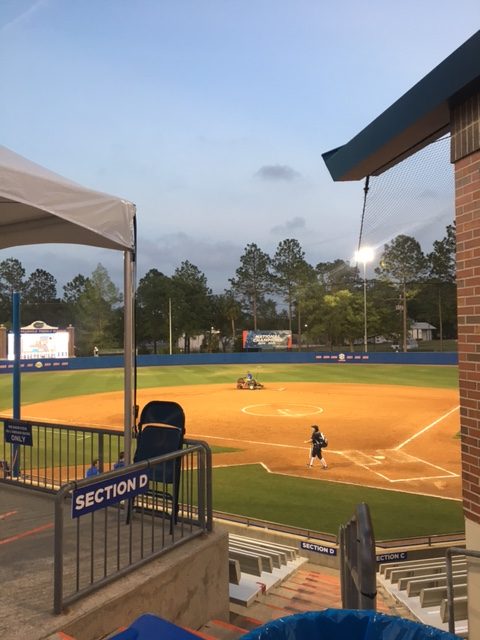 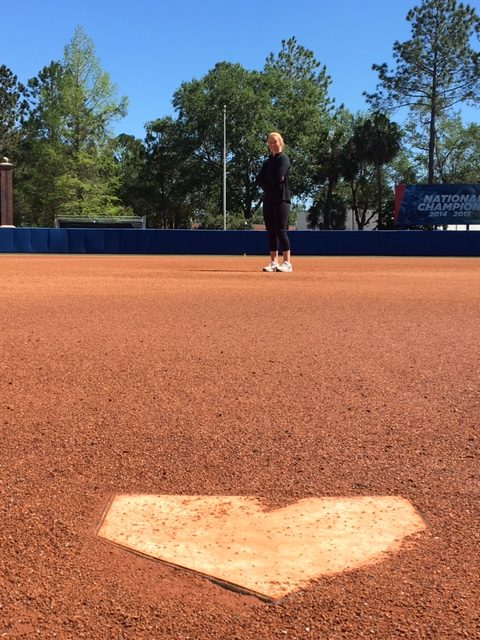 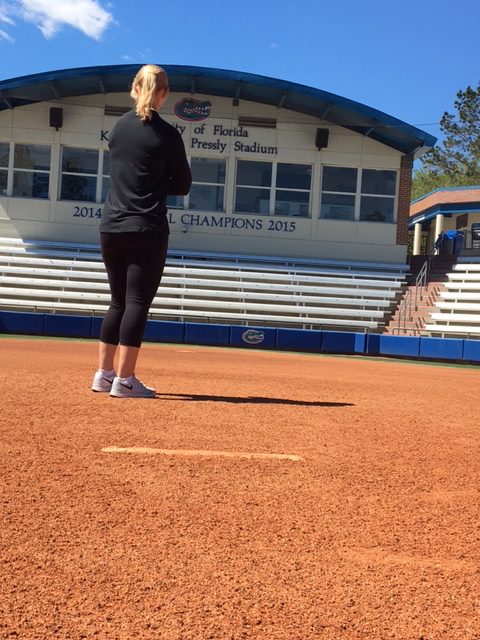 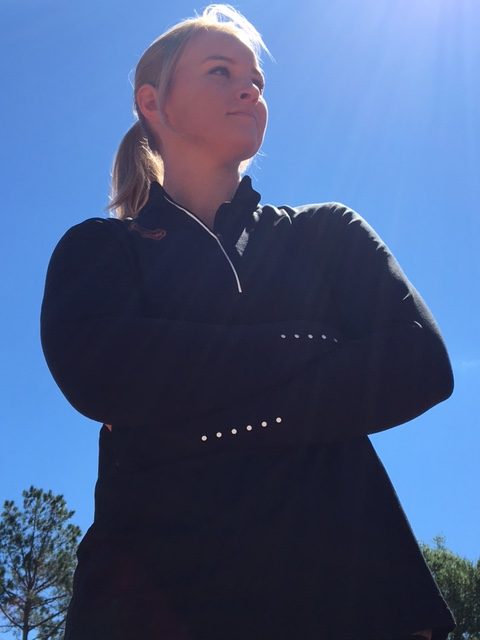 This staff and surrounding teammates have been partly what has led Barnhill to her success. This season, she is breaking record after record and is on track to lead the Gators to greatness.

Regularly mentioned around the SEC, this nationally known pitcher has a bright future ahead.