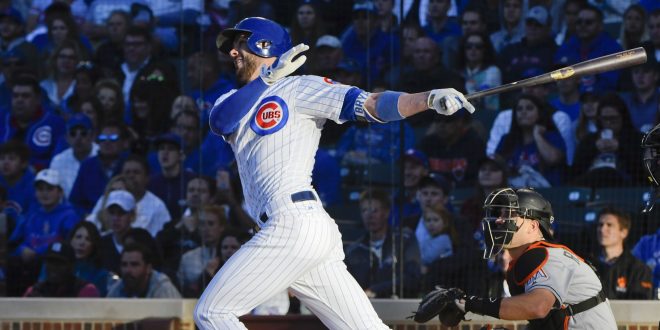 The Miami Marlins will be in Wrigley Field once again to take on the Chicago Cubs. Miami looks to take Game 2 of the series to force a decisive rubber match on Wednesday.

The Cubs took the first game of the series, 3-1. Chicago set the tone early when third baseman Kris Bryant hit a two-run home run in the first inning; Ben Zobrist was on base after a lead off double. Albert Almora Jr. added another run to the Cubs total with a dinger of his own in the fourth inning. Both home runs were off former Cubs pitcher Dan Straily. Cubs Manager Joe Maddon was pleased with how his team hit last night.

Eddie Butler was on the mound for Chicago. He entered this outing with a 3-1 record and a 3.75 ERA. Butler had a strong start, lasting 5.2 innings before the Marlins got their lone run. Dee Gordon plated J.T. Riddle with a sacrifice fly.

All in all, Butler contained the fish to one run and three hits before Mike Montgomery took over to finish the game. The lefty got a three-out save, only allowing three hits and striking out three batters.

The Marlins three-game winning steak was snapped by the Cubs. They entered this series 8-2 over their last 10 games.

One run was clearly not enough for the Marlins, who left seven players on base. 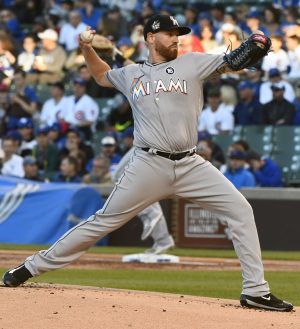 The Marlins were without first baseman Justin Bour on the field due to a bone bruise. Bour is hitting .295 this season with 16 home runs and 40 RBIs. Tyler Moore has been the starting first basemen and hitting seventh, in place of Bour.

Cubs pitcher Jake Arrieta (4.60 ERA) is scheduled to throw the first pitch tonight at 8:05. Lefty Jeff Loche (1.59 ERA) will also be on the mound as the Marlins pitcher.

Kate Venezio is a fourth-year telecommunication-news student at the University of Florida. Kate does it all: Behind the camera she captures emotional moments as a photographer for the University of Florida Athletic Association. She's comfortable being in front of the camera, too. Kate interviews players, coaches, fans and family members for pre- and post-game coverage as a beat reporter for ESPN Gainesville/WRUF-FM. In addition, Kate produces the sports segment for the weekly WUFT News program. There, she's responsible for writing the script in its entirety to include production commands. The presentation includes video highlights and interviews taped and edited, and Kate then live anchors the final package on a daily deadline. In addition, she writes stories for wruf.com where she informs sports fans of local, state, and national trending topics. Kate also utilizes social media as a tool to help get the stories in front of viewers.
@@kate_venezio
Previous PREVIEW: The Tampa Bay Rays and Chicago White Sox Meet For A Three-Game Series
Next WCWS Preview: Gators Try to Avoid Elimination