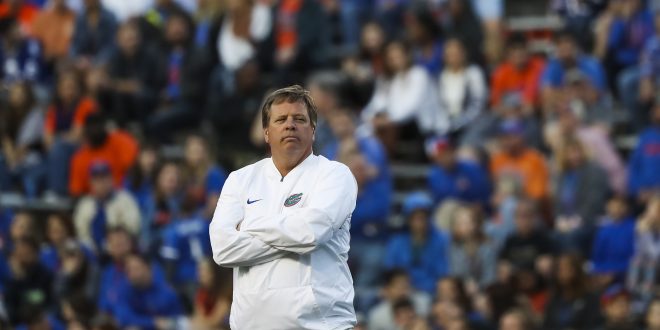 It’s summer time in Gainesville, but the temperature isn’t the only thing heating up in The Swamp. The Gator football team has built up some momentum in recent weeks by landing commitments both from transfer targets and players in the 2018 and 2019 recruiting classes.

Landing of Malik Zaire and Its Impact

The biggest recent pickup for Florida unquestionably has been the transfer of quarterback Malik Zaire into the program. Zaire, at 6’1″ and 225 lbs, comes in from Notre Dame, and figures to duke it out with Feleipe Franks for the starting job.

QB Malik Zaire, on his visit to UF, getting a good look at The Swamp today (via his Instagram). #Gators pic.twitter.com/xDym83IXV3

Blake Alderman of 247 Sports said he thinks Franks should win the job, but Zaire provides at least a good backup plan. If he starts Week 1 against Michigan, it’s simply because Franks wasn’t ready.

Zaire’s addition may not just represent a move for the present, but rather also insight of how Florida will look at the QB position going forward.

Zaire provides more of a dual-threat with his legs as opposed to Franks, who is the prototypical pocket passer. Dual-threat quarterbacks have been having success at the position all throughout the country, as exemplified by the starters of the most recent national title game (Deshaun Watson for Clemson, Jalen Hurts for Alabama).

Alderman said that nowadays, it’s becoming harder for teams to have “a sitting duck” at quarterback, and McElwain realizes this. That’s not to say McElwain will target run-first guys, but rather guys that are passers first with some mobility and running ability.

That’s led Florida to the pursuit of a guy like Justin Fields, the No.1 dual-threat quarterback in the class of 2018.

5* QB @justnfields puts that one straight in the breadbasket pic.twitter.com/717tKxHjWm

Fields recently de-committed from Penn State. Experts consider Florida to be one of the top suitors for the player from Kennesaw, Ga., along with Auburn, Florida State, and Georgia. According to Alderman, if Florida can land a “bell cow” like Fields, the “sky’s the limit” for the class, even saying it could propel the Gators to a top-five class because of other wanting to join Fields in the class.

Gators Picking Up Momentum With Classes of ’18 and ’19

A flurry of commitments have come in for Florida in recent weeks apart from Zaire.

Two big ones this week were the landing of 2018 defensive lineman Taylor Upshaw and JUCO safety Deontai Williams.

Safety is a big area of need for the Gators with Nick Washington and Marcell Harris leaving after the ’17-’18 season. Williams represents another addition at the position to go along with four-star recruit Amari Burney. In Williams, Alderman explained that Florida was looking for someone with some collegiate experience to help round out the position in the class.

Also coming to the spotlight the last few weeks has been the affect of the recent additions to the coaching staff on recruiting.

JaJuan Seider, Corey Bell, and Brad Davis have all come into Gainesville and helped boost the Gators recruiting, as they’re well known for their recruiting prowess, and Alderman said the relationships they build have been starting to show in these classes.

That showed with Davis being able to land the commitment of 2019 offensive tackle Andrew Coker, from Texas. Alderman said Davis is raved about by all the players he’s talked to, and that obviously helped with Coker. Coker adds to what is the top ranked 2019 class in the country.

Florida is looking to continue this momentum by hosting several players on campus, including guys such as Iverson Clement and Frank Ladson, who are already commited to the school.