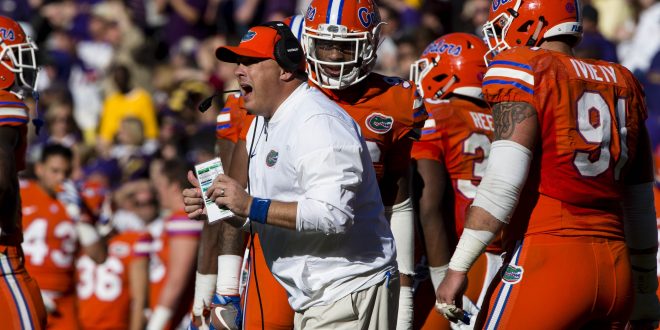 Temple is experiencing a lot of turbulence heading into the 2017 College Football season. Many Owl fans expect the AP ranked 24, back-to-back American Athletic Conference champions, to continue their dominance. However, Temple’s roster and coaching staff turnover this offseason have left at least 3 major question marks at coach, quarterback, and linebacker. Geoff Collins hopes to answer at least one this season.

Former Temple head coach Matt Rhule had a great amount of success during his tenure with the Owls. His 4 years of experience in Philadelphia earned him a new “gig” as the head coach of the Baylor Bears. Temple Athletic Director Patrick Kraft has faith that Collins was the right replacement for Rhule. Collins’ defensive prowess is unquestionable. The Temple Owls finished the previous season ranked third in the country in total defense, while Florida ranked fifth.

In his time as Defensive Coordinator of the Florida Gators Collins developed many young, highly touted prospects into college football stars. Collins’ ability to develop talent couldn’t be more apparent than when looking at the amount of NFL teams selecting players he personally coached. In the 2017 NFL draft, eight Florida Gators were selected. Seven of those Gators came from Geoff Collins’ defense featuring; Jarrad Davis, Marcus Maye, Quincy Wilson, and Teez Tabor just to name a few.

A major concern for Temple is their defense. It was stellar in 2016, however, only 5 starters are returning. The defense also lost its superstar linebacker Haason Reddick (Drafted #13 overall by the Arizona Cardinals). Unfortunately for Collins he will have a lot to figure out on offense as well after losing 4 year starting QB Phillip Walker. The QB position was never a strong point during Rhule’s tenure, but Walker was serviceable enough to move the chains mostly due to the Owls great WR corps.

Geoff Collins gets creative with his first college head coaching position. Losing many seniors from previous years takes a toll on team morale, but Collins is focused on building the team culture that Rhule left behind.

Previous MLB All-Star Game Takes Over Miami as American League Beats National League 2-1
Next After hosting the MLB All-Star, Marlins look forward to the Rest of the Season