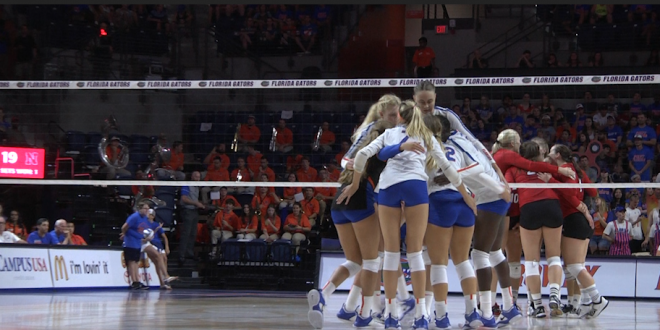 Gators Volleyball Back in Action after Hurricane Irma

Due to Hurricane Irma, the Florida volleyball team had to cancel last weekend’s Active Ankle Challenge. With the time away from the court, the Gators took the time for team bonding and friendly competition.

Redshirt junior Allie Monsere said the team weathered the storm together by staying in the UF residence halls and playing board games. The team is lucky it didn’t lose power by staying on campus but some upperclassmen teammates who live off campus, still don’t have power. Coach Mary Wise is thankful Irma did not truly impact the University of Florida.

Overall, the team is just itching to get back on the court. It has been almost two weeks since their last match up.

Florida gets back into action by hosting the Gator Invitational on Friday (Sept. 15) and Saturday (Sept. 16), featuring Florida A &M, Northern Kentucky, and Lipscomb, a 2016 NCAA Tournament qualifier. Even after a weekend with no games, the Gators are still ranked third in the nation.

The Gators aren’t taking these opponents lightly. Florida’s Caroline Knopp says it’s all about improvement in practice.  Coach Mary Wise is excited about the tournament because this will get her team back into action to prepare for the upcoming SEC schedule and the rest of the season.

The University Athletic Association is asking everyone to donate to those impacted by Hurricane Irma by donating blankets, toiletries, diapers and the like to those who were affected across the State of Florida. If you are planning on donating, there will be a donation bin outside of Gate 1 of the O’Connell Center before Friday’s night’s match against Northern Kentucky.

Fans wishing to donate to those impacted by Hurricane Irma can bring these items to Friday night's match! pic.twitter.com/6GoIxH3VKh

Florida plays two matches on Friday; at noon against Florida A&M (the match can be heard on ESPN 98.1 FM/850 AM WRUF starting at 11:50 am) and then at 7 the Gators face Northern Kentucky. Then on Saturday, the Gators take on Lipscomb at 7 p.m.

Hello my name is Kaitlin Alexander, a passionate story teller and lover of sports. Fun facts about me: I am a world traveler, interviewed all three UF Heisman Trophy winners, and a former intern of Bleacher Report. Follow me on Twitter: KalexanderUF
@KalexanderUF
Previous College Football Preview: Ole Miss Visits California
Next No. 7 Florida Soccer Beats Ole Miss 1-0 To Open SEC Season 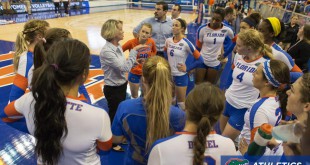 The No. 3 Kentucky Wildcats are taking a trip to Gainesville this week. The No. …