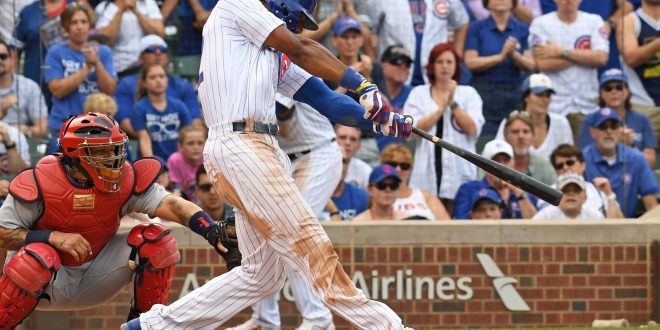 With just two weeks left, the regular season is winding down and teams are competing for the few remaining playoff spots as the end of the season approaches

The Indians saw their win streak snapped at 22 just before they clinched the American Legue Central title. With 74 extra base hits this season, Fancisco Lindor has a chance at becoming the first shortstop with 80 or more in a season since Jimmy Rollins and Hanley Ramirez in 2007.

The Dodgers rebounded and climbed up to the second spot this week. The Dodgers will send Clayton Kershaw to the mound at Citizens Bank Park on Monday night, opening a four-game series with the Phillies. They’re hoping to clinch a fifth consecutive National League West title. Manager Dave Roberts said he will start catcher Austin Barnes against Phillies pitcher, Nick Pivetta. Pivetta is a “reverse-split guy” said Roberts and said he preferred to start a right-handed hitter against him.

The Cubs got a win against the Cardinals this weekend and stayed at the top spot in the National League Central division. The Cardinals entered Friday’s series at Wrigley just three games behind the Cubs, but left six games behind. The offense scored just six runs in three games and went 1-for-9 with runners in scoring position in Sunday’s 4-3 loss.

The Cubs manager, Joe Maddon, described the game as intense. Chicago played without catcher Willson Contreras, who was given a one-game suspension for his confrontation with Jordan Baker in the fifth inning of Friday’s 8-2 win in the series opener against Cardinals. Contreras was originally suspended for two games, but the suspension was reduced after he appealed it. The Cubs start a two-game set against the Rays on Tuesday.

In the lower rankings we saw some moves as well. The Athletics bumped up four spots, but the Marlins move down to the 23rd spot. They have lost 17 of their past 20 games. The Marlins face the Mets this week, with their first game set for Monday night.

For the AL Central title The Red Soxs, Indians and Astros are the division leaders. The Yankees and the Minnesota Twins are in the wild card race. Yankee’s manager Joe Girarldi talked about losing Sunday’s game but said the Yankees will continue to focus on playing well.

The Nationals, Cubs and Dodgers are the division leaders for the National League. The Diamondbacks and Colorado Rockies are at the top of the wild card standings.

It always seems to be that the rich get richer throughout baseball history, and that …