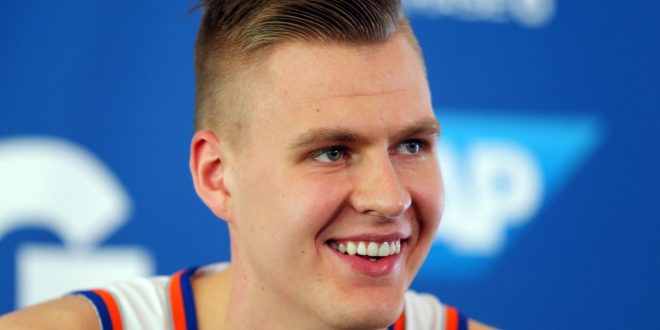 Fewer teams have attracted more buzz over the offseason than the New York Knicks. After parting ways with President Phil Jackson and trading forward Carmelo Anthony to the Oklahoma City Thunder, the Knicks look to begin the 2017-18 season with a fresh start.

Following a barrage of trade rumors throughout the year, the Knicks officially traded Carmelo Anthony to the Thunder in exchange for center Enes Kanter, forward Doug McDermott and a 2018 second-round draft pick. The 12-time All-Star spent seven years with the organization, including three playoff appearances along the way.

While he appreciates his time with the organization, Anthony says he’s focused on regaining the joy of winning. With the addition of forward Paul George alongside reigning league MVP Russell Westbrook, Anthony says that Oklahoma City was the perfect fit.

Porzingis up for the challenge

Entering his third year with the team, the former fourth-overall draft pick has exceeded expectations in New York. The 22-year-old forward from Latvia has been a consistent playmaker on both sides of the floor and dominant presence down low. With the departure of Carmelo Anthony, Kristaps Porzingis says he’s excited about the opportunity to lead the team. While the two are no longer teammates, Porzingis says he’s grateful for his two years spent with Anthony.

Center Enes Kanter and forward Doug McDermott joined the team via the Anthony trade. Kanter has spent six years in the NBA, including time with Oklahoma City and Utah. Meanwhile McDermott entered the league in 2014 as a first-round draft pick by the Chicago Bulls. McDermott was traded to Oklahoma City during the 2016-17 season before arriving in New York.

The Knicks will begin preseason competition with an exhibition game against the Brooklyn Nets at home next Tuesday. The team will open the regular season on the road against Carmelo Anthony and the Oklahoma City Thunder on Oct. 19.

Matthew is currently a senior, majoring in telecommunications with a minor in business administration.
@matt_levay
Previous New Players Bring New Challenges in Boston
Next Gators Defense Led by David Reese Preparing for Vanderbilt 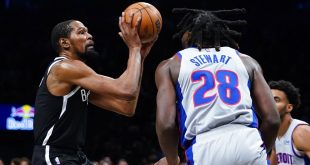 The NBA Playoffs are three weeks away. Here are a few things to keep tabs …