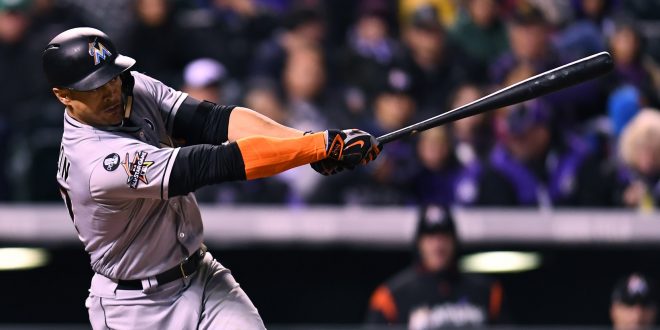 Stanton tried to reach 60 home runs on Sunday in the Marlins’ last game against the Atlanta Braves. Stanton’s final opportunity to reach the number came in the bottom of the ninth inning but he struck out swinging in the Marlins’ 8-5 loss.

Stanton had made it known that he was trying to reach the number but was content with how his season turned out.

Stanton’s home runs this season were his most  since 2014 , where he hit 37, his previous career high.

2015 and 2016 were slower seasons for Stanton, hitting only 27 home runs on limited availability.

Although the Marlins struggled all season long, Stanton carried the team to a respectable second half finish.

What is next for the Marlins?

With Sunday’s loss, the Marlins (77-85) finished second in the National League East but are out of playoff contention.

Last week the sale of the team became official when league owners unanimously voted to approve it. With the sale, big changes will be happening in the off season as the Derek Jeter led ownership group begins implementing new strategy.

Boston Globe’s Nick Cafardo is reporting that Jim Hendry, the former general manager of the Chicago Cubs and a special assistant for the New York Yankees, is being considered for a substantial role within the organization.