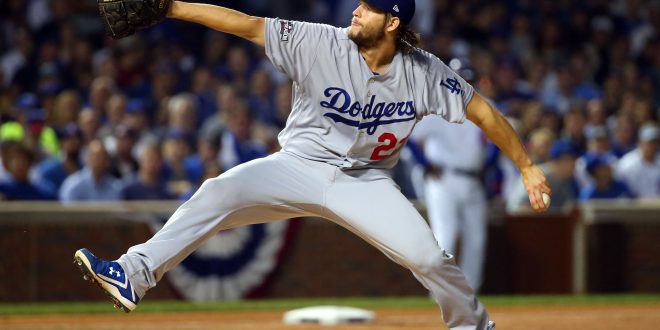 The Arizona Diamondbacks will host the Los Angeles Dodgers tonight in Arizona for game three of the National League Division Series. The Dodgers are coming in with two wins under their belt in the series. Arizona is hoping to fight off elimination.

Rich Hill won’t be seen on the mound since the Dodgers aren’t at home. Yu Darvish is reportedly tonight’s starter. Darvish’s ERA sits at 3.86, which isn’t bad, compared to Hill’s 4.50 stat. The Diamondback’s starter Zack Greinke is at 3.20. Nevertheless, these two matchups will make for a good game. Let’s not forget the Dodgers have won 104 games this season. They clearly know how to win.

If the Dodgers can pull out a win for this game, they’re golden. Dodgers catcher, Austin Barnes, says his team can be a powerful unit.

Final workout at Dodger Stadium, then off to Phoenix. #ThisTeam pic.twitter.com/vFz9jQdYYk

The D-backs should have the advantage as far as location goes. Not just because it’s their home field-but because Chase Park is known to be hitter-friendly. Since Arizona hasn’t won a playoff series since 2007 against the Cubs, it’s now or never.

Greinke is making his second start of this years’ post-season after giving up four runs over 3.2 innings in the Wild Card game. Torey Lovullo, the D-backs manager seems to have plenty of confidence in his team heading into game 3.

Tonight’s first pitch will be at 10:08 pm.Whoever can win this series has a good chance of facing the World Series defending champs next. Unless, the Nationals can pull their series win off. 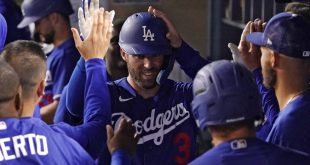 After a long offseason, Major League Baseball opening day is on Thursday. Here is a …