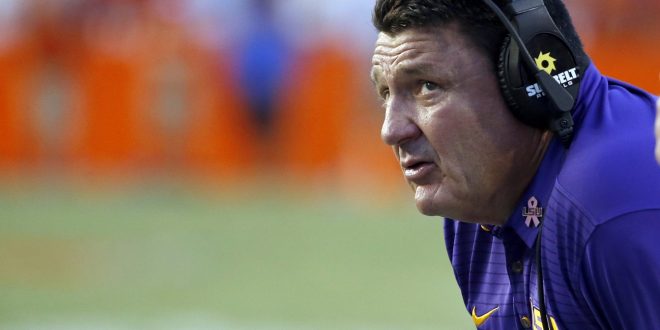 SEC PREVIEW: 10th Ranked Auburn On The Road To LSU

Saturday makes for a battle of the Tigers in Baton Rouge.

Both squads of Tigers are hopeful to make this a statement game.

Behind Alabama and Georgia, Auburn is the SEC Team to keep an eye out for. Ranked tenth in the country and undefeated in conference play, some say Auburn has had a rather easy schedule. The Tigers faced Clemson earlier in the season and was hit with their only loss so far, 14-6. Spectators would love to see Auburn face another quality opponent before the postseason arrives. Gus Malzahn and his Tigers are holding on to a 5-1 overall record and 3-0 in the SEC. These Tigers will need more impressive wins on their resume before being serious College Football Playoff contenders. Saturday’s match-up is the first of three road games for Auburn.

LSU is going into Saturday hoping they have found their groove, after a win at Florida. After an embarrassing homecoming loss to Troy, LSU returned the homecoming loss favor to Florida. These Tigers are sitting in fourth spot in the SEC West. A divisional win against Auburn would be beneficial for this team. Before the Florida game, LSU fans were calling for head coach Ed Orgeron’s job. This week, the negative comments have been to a minimum, however the season is not over. A win this week could shut down those comments and put Ed Orgeron on their good side.

On Saturday, we will honor the 2007 National Championship Team! More than 70 players and @CoachLesMiles will be backhttps://t.co/rXvNI56iqT

Regardless of the opponent, Death Valley is always a tough one to play in. Kick-off is set for 3:30 p.m. at CBS

A senior at the University of Florida reporting on Gator sports, local Gainesville and surrounding area sports, and telling the stories of local athletes. Born and raised in Gainesville, Florida with a passion for telling people's stories and having fun doing it.
@SportsDarwinism
Previous Thursday Night Football Preview: Philadelphia at Carolina
Next High School Football Preview: Dixie County at Newberry