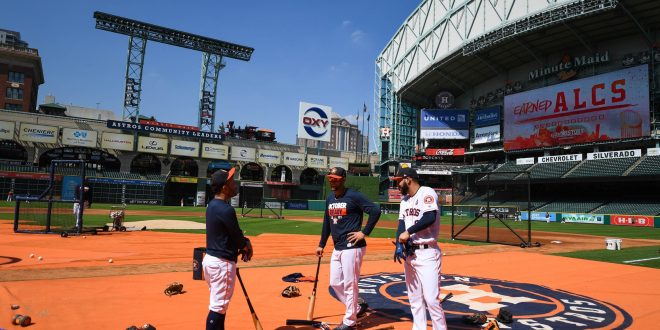 Who will take game one?

The Houston Astros and the New York Yankees have not played each other in over three months, and tonight the Astros will host the Yankees in the first game of the American League Championship Series. 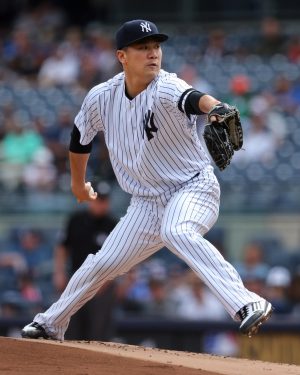 The two teams both have strong arms on the rubber tonight.

Masahiro Tanaka, (4.74 ERA 194 strikeouts) will be on the mound for the Yankees. Tanaka came in during the American League Division Series in game three to pitch seven shutout innings that lead the Yankees to their first win of the series against the Indians 1-0.

The Astros will have LHP, Dallas Keuchel on the hill tonight. Keuchel tossed 5 2/3 innings in the American League Division Series game 2 against the Red Sox. He gave up three hits, walked three and struck out seven in the matchup in their 8-2 win. Keuchel has an impressive 0.96 ERA in his three postseason starts. Previously, Keuchel helped in eliminating the Yankees in the 2015 wild-card playoffs.

The Yankees are lead by slugger Aaron Judge finishing the regular season with 128 runs and 52 homers and a .284 batting average. Judge, however, finished the five-game series in the ALDS against the Indians going  1 for 20 with 16 strikeouts and will need to bounce back in order to lead his team offensively against the Astros. Didi Gregorius plays right-handed in the field and bats lefty at the plate and finished the regular season with 153 hits and a .278 batting average for the Yankees.

The Astros offense has been dominant all year and tonight Jose Altuve will look to lead the Astros. Altuve finished the season with 112 runs, a .346 batting average and 81 RBI.

The first pitch is set for 8:08 p.m. at Minute Maid Park in Houston, Texas.